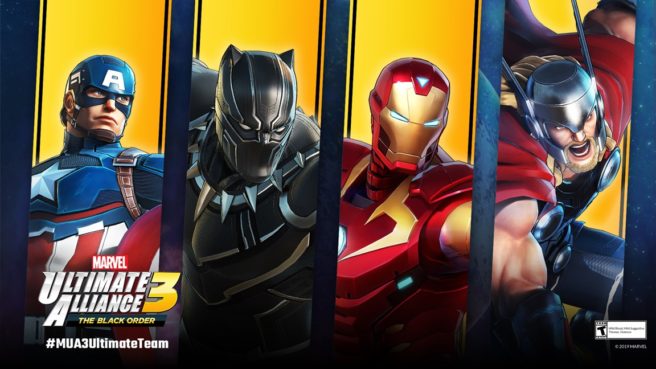 The next wave of costume updates for Marvel Ultimate Alliance 3: The Black Order have been announced. Players will be able to get their hands on some new outfits for Captain America, Black Panther, Iron Man, and Thor. Further information has not yet been announced.

Aside from free costumes, Curse of the Vampire paid DLC remains in the works for Marvel Ultimate Alliance 3. It will be highlighted by the addition of Blade, Moon Knight, Morbius, and Punisher. The DLC pack is slated for September 30.