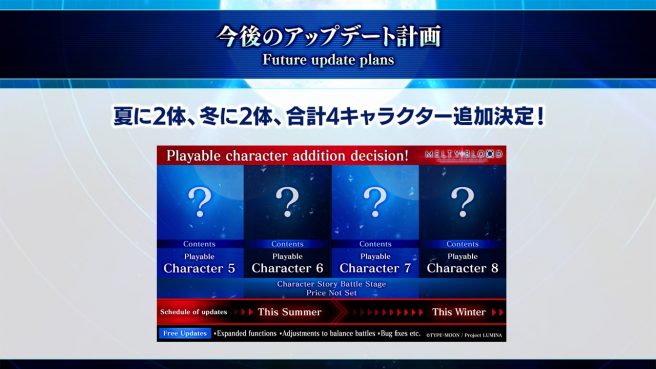 The identities of the characters have yet to be revealed. However, we do know that the first two are dropping this summer with the other two planned for the winter.

Players can also look forward to more free updates in the future. These will come with expanded functions, game balance adjustments, and bug fixes. You can find more information regarding what’s planned below.