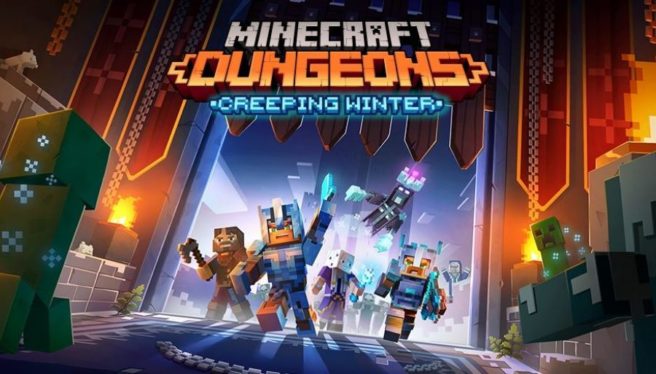 There’s a whole lot in store for Minecraft Dungeons next month. On September 8, the game is getting new Creeping Winter DLC, a free update, and a retail release.

The Creeping Winter DLC brings a wintry storm that threatens to consume all it touches. The only chance of halting the biting frost is for a hero to take on new missions and relentless new enemies! Since no good deed goes unrewarded, let’s say it’s finders keepers on all the new armor, weapons, and artifacts you’ll run into along the way. Just watch out for chilling new mobs and slippery ice on your way to save the day!

We’re also rolling out a free game update on September 8 that will include some fresh features: new merchants and Daily Trials. Save captured Merchants you encounter as you play the game and they’ll be so grateful that they’ll set up shop in your camp! The Blacksmith will upgrade items for you, and the Gift Wrapper will allow you to trade items with other players in multiplayer. The Merchants can also be levelled up for additional stock. The Daily Trials will provide fun new challenges every day! Daily Trials make wild changes to the game mechanics which provide difficult, experimental, or fun challenges for you to overcome.

The third of our big September 8 announcements is that Minecraft Dungeons is available in physical format! You can finally hold the Nintendo, Sony, and Xbox versions of the game in your hand. The physical retail version of the game is the Hero Edition of the game, which includes the Jungle Awakens DLC, Creeping Winter DLC, base game, and unique cosmetics (like a cape). 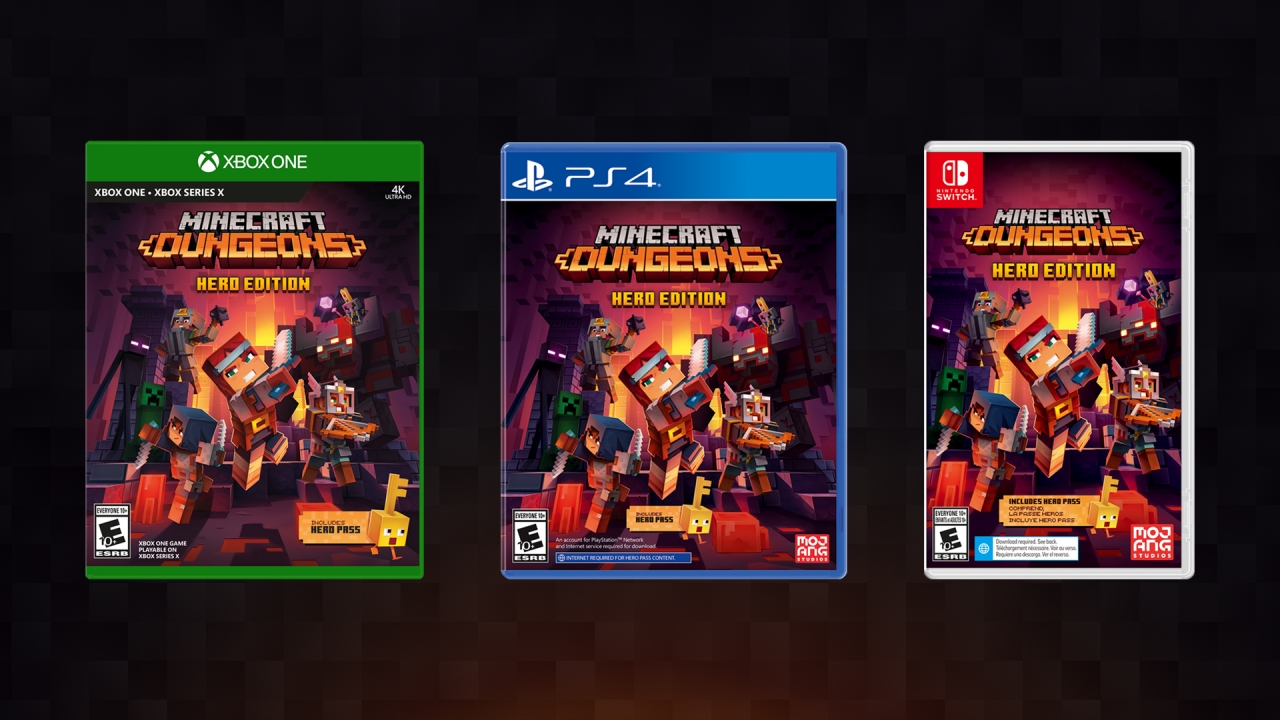 The one unfortunate thing about the Switch retail release is that not everything is included. As mentioned on the box, a download is required.