Miracle Snack Shop out on Switch in December, new details and trailer 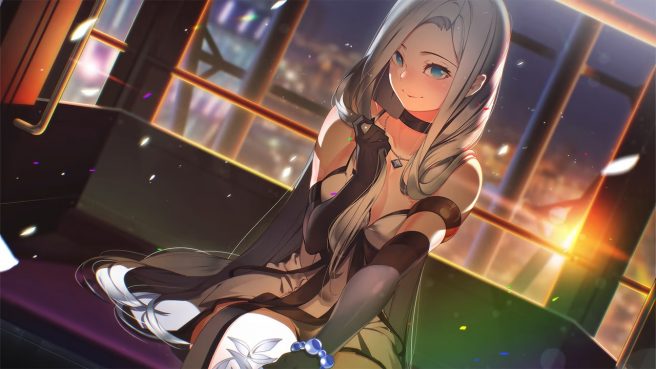 Publisher CFK and developer TALESshop have provided an update on Miracle Snack Shop, the visual novel that was announced for Switch earlier this year. The two sides confirmed a final release date of December 2 today.

Read the latest details on Miracle Snack Shop below, courtesy of CFK:

A dating simulation developed by artisan visual novel maker Talesshop, Miracle Snack Shop will have its second release on Nintendo Switch, bringing various new features such as Japanese voice over.

First released on Steam, Miracle Snack Shop has received praise from visual novel fans for its beautiful art and dramatic story that sets place in an ordinary and quiet snack shop.

In the game the player becomes Seolhwa Cha, the protagonist, who happens to run a snack shop after going through adversities in life. After meeting Philia, the queen from another world, and Mira, a YouTuber looking for scoops, Seolhwa finds himself in the middle of colorful happenings with the two heroines.

Love and success: catch two birds with one stone

For 302 days, the player will run the business and build relationships with Philia and Mira. While their favorability can be earned by spending time together in various events, the player will need to secure some in-game budget as some episodes require money to unlock.

The snack shop will grow into a neighborhood hotspot as the player raises Seolhwa’s cooking skill by inventing new shaved ice, and fame through various marketing activities. And watch how Philia and Mira react to your new shaved ice after sampling it; this will add more fun to the gameplay.

After having a busy week, spend time together with Philia or Mira in places such as downtown, movie theater, and amusement park. As the relationship grows deep, there may be a chance to hear their personal stories. The player can see different endings based on how much they have earned through business, and how close they have become with a heroine.

A queen from another world who accidentally ended up in the snack shop after crossing through a portal in her closet.

She goes by the name “Queen Salt,” and her particular way of speaking seems to prove that she is true royalty.

As she visits the snack shop every week for shaved ice, she grows closer and closer to the cook……

A former journalist who visited the snack shop as a YouTuber.

For some reason, she offers a business opportunity to the cook.

There seems to be a story behind the difference between her energetic character in the video and her actual personality.

Miracle Snack Shop for Nintendo Switch features voice-overs done by popular Japanese voice actresses, who had voiced in well-known anime, mobile games, and more. It is possible to enjoy both Korean and Japanese voice-overs, with each voice containing different interpretations of a heroine.

In addition, Philia After Story, originally a DLC on Steam, is also included as part of the Nintendo Switch version, which is unlocked after the game is cleared. This bonus episode features the whole new side of Philia that was never found in the original story, as well as various side content for visual novel fans.

You can access the oficial site for Miracle Snack Shop here.