Visual novel Miracle Snack Shop on the way to Switch 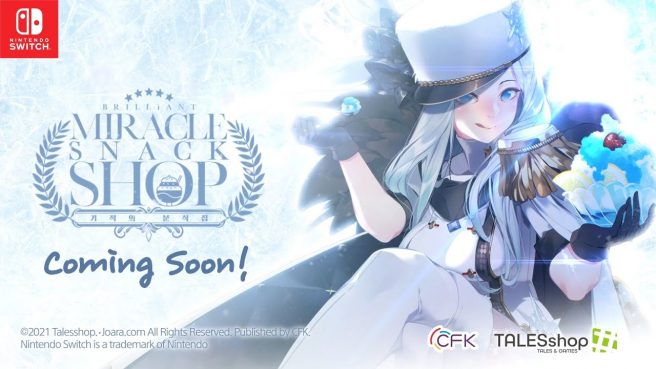 Miracle Snack Shop is coming to Switch, CFK and TALESshop announced today. The game is slated for a 2021 release on Nintendo’s console.

We have the following overview and trailer directly from CFK:

TALESshop is a story-driven game developer that has released many well-known and well-made works such as She is Mermaid and The Fox Awaits Me. To be released on Nintendo Switch, Miracle Snack Shop is a visual novel based on the original web fiction of the same name.

Greatly praised in Steam, Miracle Snack Shop‘s sentimental and beautiful illustrations, and its dramatic story about a match between two worlds, are something worth paying attention to. A snack shop cook runs into Philia, the Queen Salt from another world, and little by little the two become close as their paths keep crossing.