Miyamoto was horrified by realistic shotgun during Donkey Kong 64’s development, suggested the coconut gun in its place

Posted on December 9, 2019 by Brian(@NE_Brian) in General Nintendo, News 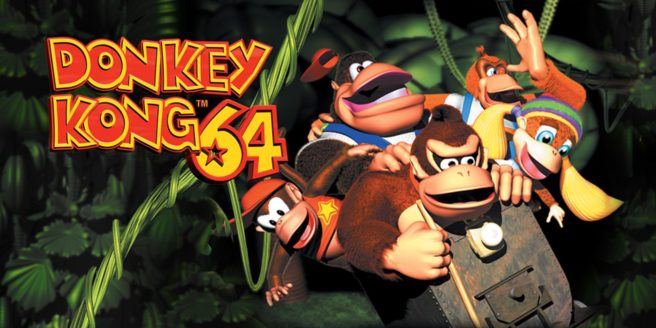 Donkey Kong is able to use the Coconut Cannon – otherwise known as the coconut gun – in Donkey Kong 64. However, Rare initially had a completely different weapon mind. Originally, Donkey Kong was intended to use a realistic shotgun.

During an interview with GamesRadar, creative director George Andreas spoke about showing off the gun to Shigeru Miyamoto, late Nintendo president Satoru Iwata, and former Nintendo of America chairman Howard Lincoln. It turns out that Miyamoto was horrified but what he saw. In its place, he felt that the coconut gun would be a much better fit for the game. Rare ended up adopting that idea for the final release.

“Miyamoto-san, Iwata-san, and Howard Lincoln – chairman of Nintendo America at the time – came to our new studio. We switched on the game, they saw the rap, and then I started running around as DK. I swung on some vines, collected bananas, and they were beginning to really smile. And then I pressed the button to pull out the gun. It wasn’t a textured gun that you might expect but a realistic shotgun with bullets flying out and with horrifying sound effects. You get so used to things being in development, even if it is a placeholder, and I completely forgot that it was in there. I’m shooting beavers, turned to my side, and see this look of horror on Miyamoto’s face! Then he smiled and, taking some paper and a pencil, drew a coconut gun in front of us. It had leaves on it and he handed it to me. I looked at it and said ‘Oh yeah, that’s cool, we’ll put that in’ and the coconut gun was put in after that.”

You can get a brief look at what the shotgun was intended to be like in the video below.