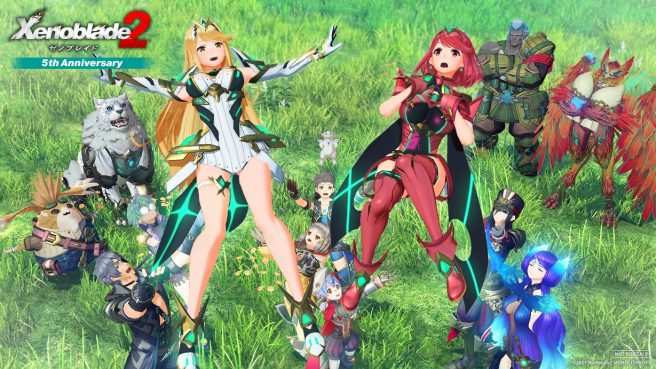 Original (11/30): Xenoblade Chronicles 2 is now five years old (at least if you’re in territories like Europe and Japan), and developer Monolith Soft is celebrating with two special wallpapers.

The designs are largely the same with Pyra and Mythra being hoisted into the air. Other main characters are here as well – specifically Rex, Nia, Tora, Zeke, Morag, and Vandham plus their Blades. The wallpaper you go with really depends on which device you intend to use it on. Monolith Soft’s images have been optimized for either mobile / tablets or PC.

You can grab the Xenoblade Chronicles 2 fifth anniversary wallpapers here.

Update (11/30): Masatsugu Saito, the character designer for Xenoblade Chronicles 2, has now shared a fifth anniversary illustration. We have the image below. 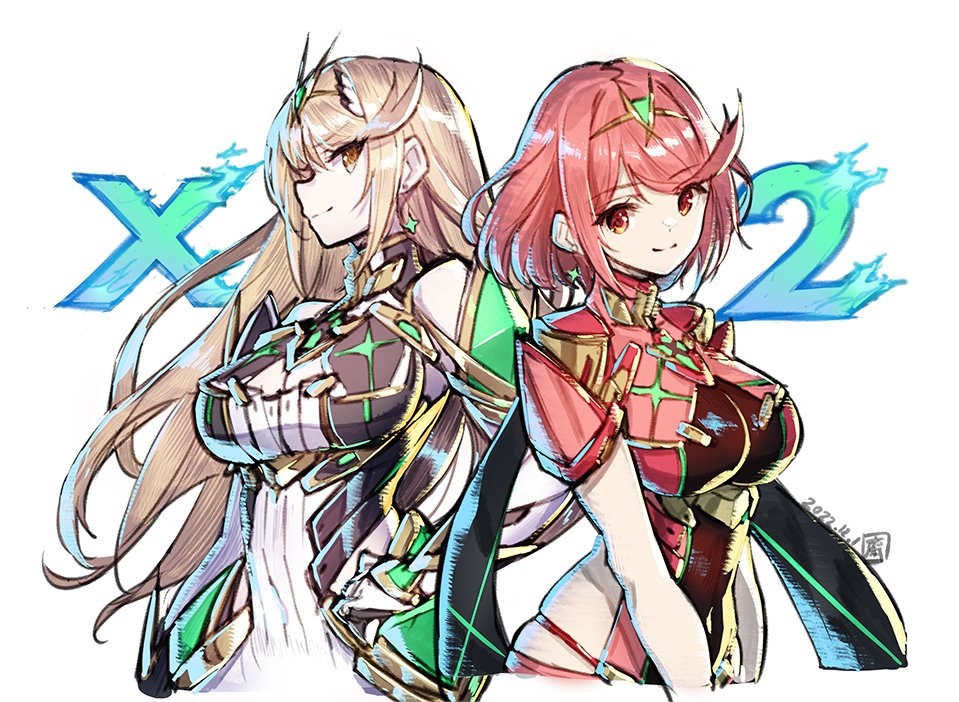