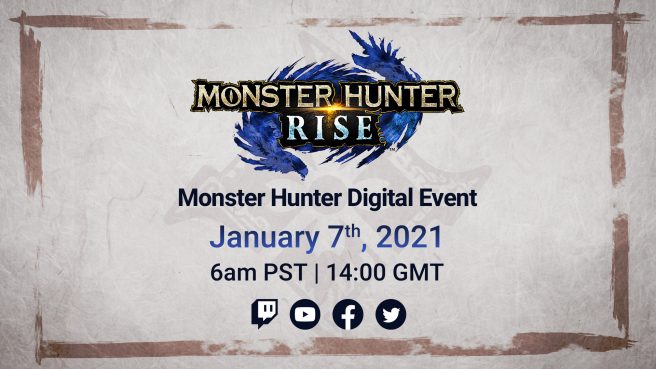 Capcom has announced on its official Twitter that new information regarding Monster Hunter Rise will be shared via livestream on January 7. This follows a video announcement last week regarding new information on the title being released this month.

The livestream will be available on the official Monster Hunter Twitch channel, which can be accessed here.

Additionally, a demo for the game is planned to release sometime this month.