Monster Hunter Stories anime on the way to Japan

Posted on September 17, 2015 by Brian(@NE_Brian) in General Nintendo, News 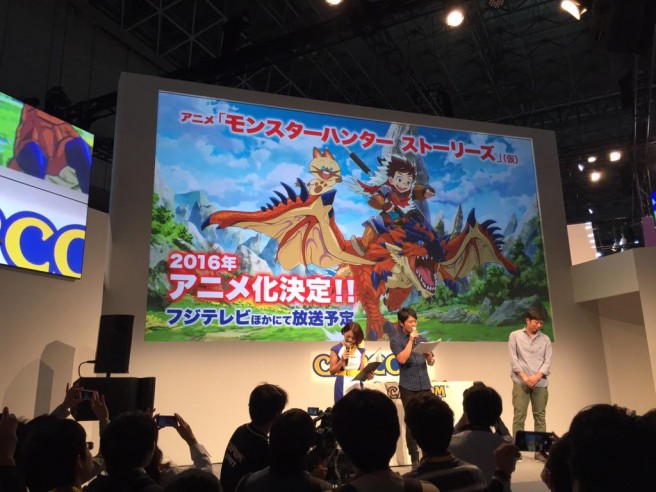 It was just a short while ago that we found out about plans for an Ace Attorney anime in Japan. As it turns out, that’s not the only Capcom IP with a show on the way.

During a stage show at the Tokyo Game Show, it was announced that Monster Hunter Stories will be receiving an anime. The program will be shown on Fuji TV starting next year.