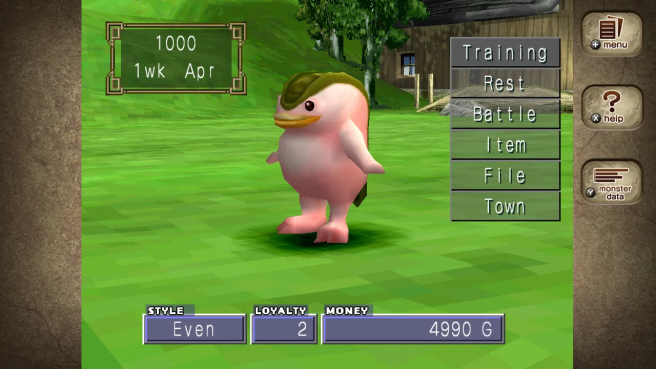 Monster Rancher 1 & 2 DX arrive on Switch in a single collection today, and Koei Tecmo has rolled out a new trailer to mark the occasion.  Learn more about the games with the video below the break.

[The DX features]
・All save slots available from the beginning!
・Freeze up to 20 monsters!
・Exclusive monsters from different countries added to the game! (“Monster Rancher 2”)
・Added the “Fast Forward” mode that allows you to skip through some scenes and “Training Records” to keep the record of your previous actions!

● Compete against monsters trained by other players
Download monsters raised by breeders all over the world and play against them.
You can even share one of your Joy-Con with another player to play against each other.

● Evolving from the original series
Based on the feedback from the series fans, some of the most requested improvements have been incorporated into the game,
making it more comfortable to play while maintaining the fun of the original.

● The New Monster Generating System!
One of the most unique features of the original game, which allowed players to acquire monsters by importing CDs,
has been replaced with a new music database that can be used to generate monsters by searching CD titles!
This is your chance to raise the rare monsters that you couldn’t acquire before!