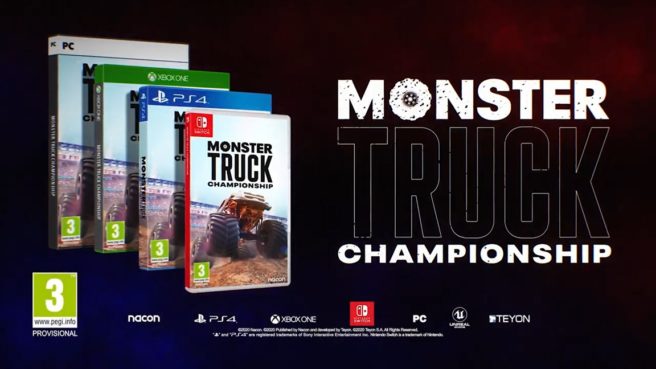 The racing and simulation game Monster Truck Championship is on the way to Switch, publisher Nacon and developer Teyon have announced. It’ll launch this fall as a physical and digital release.

Monster Truck Championship is a unique simulation where you climb aboard a giant truck to take part in various competitions. However, don’t expect to perform impossible aerial stunts by simply pushing down the accelerator: you will need to master the vehicle physics to set new race records and to pull off the kinds of realistic tricks that drivers perform in real competitions.

Race on 25 circuits in different cities across the United States in several game modes: freestyle, race, destruction, time attack, online mode (up to 8 players) and a career mode!

We have the debut trailer for Monster Truck Championship below.