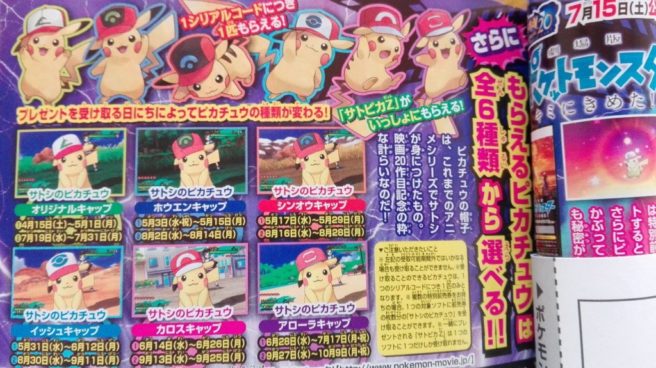 Japan is set to get a special hat-wearing Ash Pikachu in May, with different hats depending on when you redeem your code. Now, details have released about the differences between the Pikachu, and Serebii has translated the details.