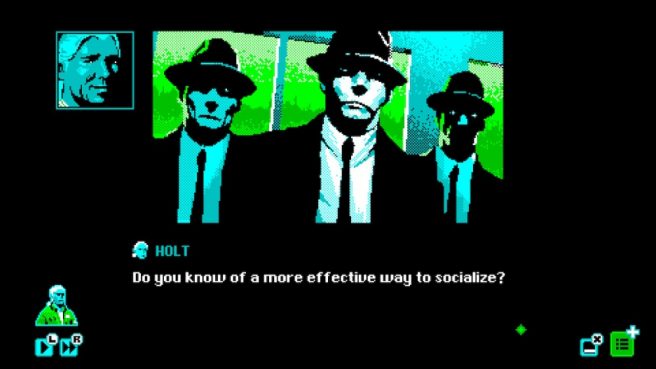 At the edge of reality, where nightmare creatures lurk…

A young couple, a gas station owner, and a paranormal investigator get caught up in a terrifying conspiracy taking place at the edge of their reality, where nightmare creatures lurk, and the mysterious men in black lie in wait…

Mothmen 1966, like all the Pixel Pulps, is made to be played by anyone who enjoys fine storytelling:

Unfurl the dark wings of the rich, branching narrative
Immerse yourself in the story with its rich, evocative illustrations
Decide the fate of Mothmen 1966’s characters in ‘Choose Your Own Adventure’ style gameplay
Solve accessible brain-tickling puzzles throughout the story

The new gameplay for Mothmen 1966 on Switch can be seen below.

Mothmen 1966 can be found on the Switch eShop. It supports English, Spanish, French, German, and Japanese language options.