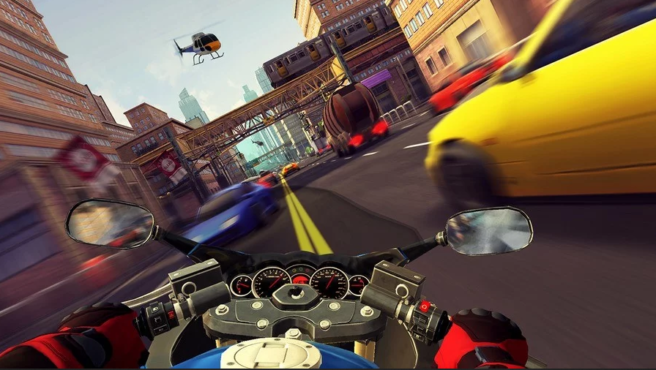 Baltoro Games are working on a racing game for Nintendo Switch. Perhaps the most interesting feature of Moto Rush GT, which is scheduled for a release in April, is that it will support the Nintendo Labo Toy-Con Motorbike as one of its control schemes. Here’s a feature list of the game from the developers themselves: