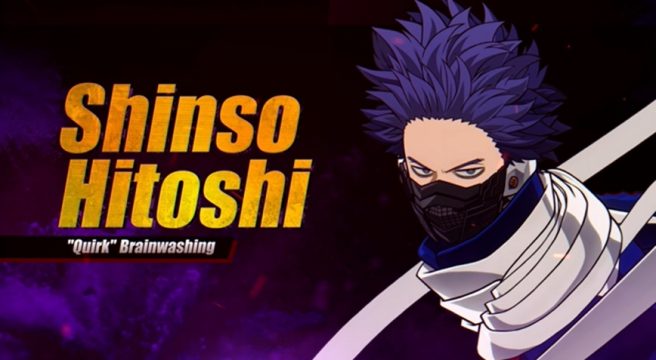 My Hero One’s Justice 2 is adding DLC character Shinso Hitoshi today, Bandai Namco has announced. His Quirk allows him to put someone in a state where they are forced to obey whatever he commands.

That’s not all for My Hero One’s Justice 2. To celebrate the release of the third My Hero Academia Movie, World Heroes’ Mission, players can claim the “Three Musketeers” costume set for Midoriya, Bakugo and Todoroki.

Additionally, a demo can be accessed from the Switch eShop starting today. It provides access to the beginning of the game in “Story Mode” and “Free Battle” with six characters from the roster.