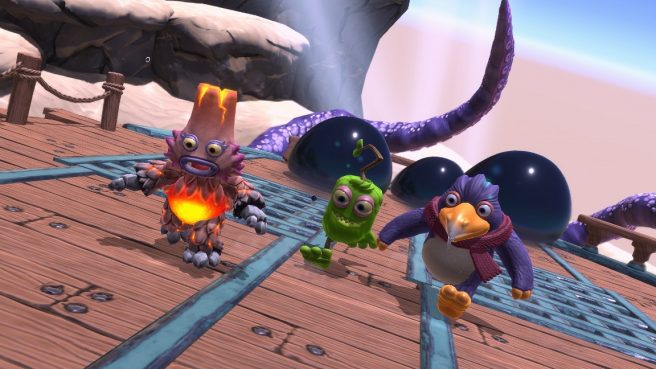 Developer Big Blue Bubble shared more on My Singing Monsters Playground today, including the final release date. Although it was previously announced for November, we’ve received confirmation of a November 9 launch. You’ll be able to pick it up on Switch.

My Singing Monsters Playground has players taking on the role of their favorite Monsters and facing off in a tournament. The game takes place across various locations from the franchise and it’ll be possible to explore in a 3D world. Mammott, Furcorn, Pom Pom, Entbrat, Pango, Congle, and Kayna are the playable characters, and each one has three unlockable costumes that players can use in-game. The game modes, which can be played with friends or alone, include Party Tournament, Single Player Gauntlet, and Free Play. There’s a mix of 2v2 games and over 20 games to experience.

My Singing Monsters Playground will be sold both physically and digitally on Switch for $39.99. Sold Out will be distributing the game at retail.

More information can be found on the official website here.