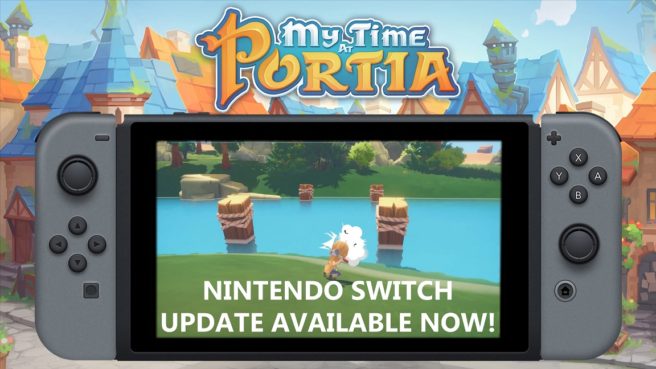 A big update for My Time at Portia is now available on Switch. Team17 has added in new story content and side quests plus in-game features such as birthdays, family features, additional clothing, and more ruins to mine. That’s on top of performance improvement for input lag and stuttering, fixes, and more.