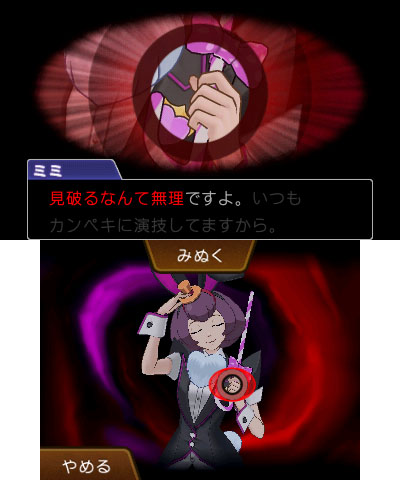 The new screenshots from Ace Attorney 6 showed off a few features of the game that Capcom has now detailed: Bracelet Power and Detective Memo.

Bracelet Power is a returning feature that lets Apollo (and the player) pick up on tiny details that might mean a suspect is lying or hiding information. The bracelet will react whenever there is some suspicious about an opponent’s dialogue, at which point the player can tap the lower screen to put the testimony in slow-motion and try and get the truth. Detective Memo, meanwhile, is a feature that lets players see what their current goals are, ideally for players who left the game for some time and forgot what to do.