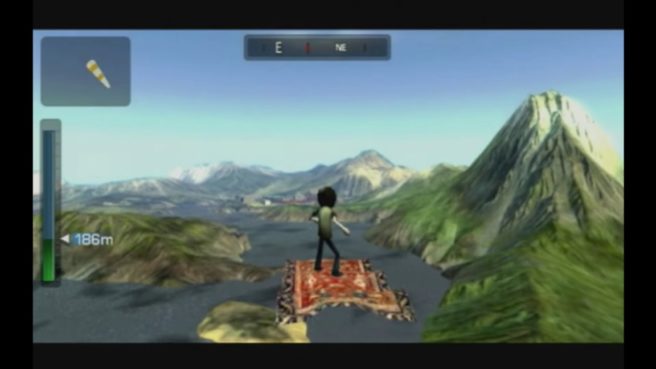 Factor 5 almost delivered a new Pilotwings game on two separate occasions. The first instance was during the GameCube era, when the studio imagined a title that would have taken place in the real world during the height of the Cold War.

The second time a partnership with Nintendo almost emerged was following Factor 5’s relationship with Sony and after the release of Wii. In contrast to what had been planned for the GameCube, the Wii project had a lighter tone. Factor 5 was interested in creating an open world loosely based on Earth with various aircraft and missions.

One of the most interesting details to have been uncovered is a potential new Wii peripheral. Factor 5 wanted to work with Nintendo on a licensed glasses accessory that would be able to track head movement. By tilting your head, you’d be able to control the in-game camera.

Nintendo ultimately turned down Factor 5’s potential Pilotwings game for Wii. However, the team continued to work on the project, and wanted to rework it into an original IP. The game was first known as Sky internally, then Wii Flight, and later WiiFly. The final name change was WeFly with Nintendo saying that WiiFly would have infringed upon the trademark for the “Wii” series.

Despite Nintendo not signing off on the game as a new Pilotwings, they were still involved somewhat as they allowed Factor 5 to incorporate Miis, worked with them on using data from the Wii Forecast Channel, and were apparently still on board to produce the head tracking glasses. But in the end, the entire game was scrapped after Factor 5 was forced to close.

You can find more details about the cancelled Pilotwings game for Wii from Unseen64 below.