Posted on September 30, 2019 by Matt(@OnePunchMaz) in News, Switch, Videos 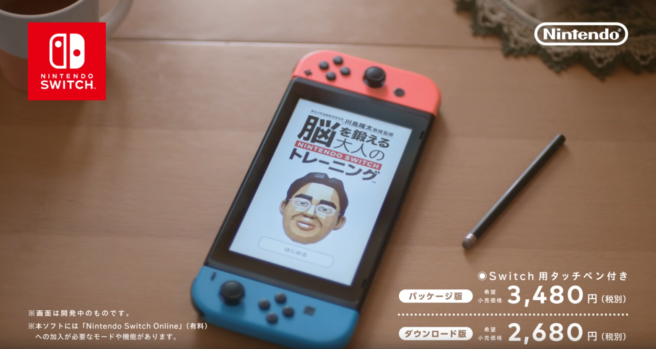 In a bit of a surprise move, Nintendo has announced a new entry in the Dr. Kawashima’s Brain Training / Brain Age series of games for Nintendo Switch. However, so far this game has only been announced for Japan. It’ll be released on December 27. The physical version of the game comes with an official Nintendo Switch stylus and will be sold for 3,480 Yen + taxes. The digital version costs 2,680 Yen + taxes; the stylus can then be bought separately for 864 Yen.

In addition to the standard brain training features, this version also has several new additions:

Check out the announcement trailer and an overview trailer: