New FAST – Racing League screenshots and why the game rocks 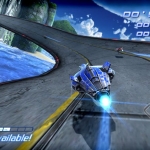 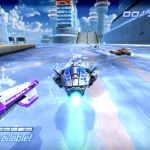 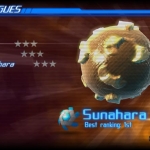 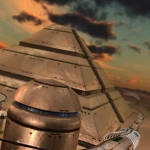 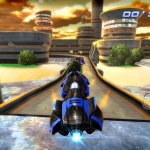 If you’ve been following Nintendo Everything for a decent amount of time, then you’re probably aware of the fact that we’re huge fans of Shin’en. The company pushes Nintendo hardware to their limit – in spite of the fact that they have a limited amount of resources and manpower.

Jett Rocket, for instance, is one of the best-looking titles on the Wii even though it is a downloadable release and weighs in at less than 40 megabytes. Again, that’s because the developers over at Shin’en truly work their magic on Nintendo platforms.

Shin’en’s next WiiWare title, FAST – Racing League, is looking equally as impressive. The game has finally been pinned for a May release in Europe and it should hit the North American Wii Shop Channel around the same timeframe. To celebrate the upcoming release of FAST, Shin’en has sent us some new screenshots of the title. You can check those out above. Company CEO Manfred Linzner has also explained why fans should be excited about the game.

Extreme fast races build with a new design idea. You can switch between a white and black phase. Doing so lets you use various gadgets on the tracks like speedup ramps, overhead passages or giant jumps. You can also choose instead to use your ‘switch energy’ to give your vehicle a massive boost anytime. This makes each race unique and a great overall
experience. On top of the general racing experience we added tons of unlockables and over 20 racing missions, all on unique build tracks.

– FAST looks fabulous when moving, still screens do no real justice. First footage is coming as soon the game is scheduled by Nintendo.

– For multiplayer you can choose to split the screen vertically or horizontal.

– It uses the latest iteration of our tech, continually in development since 2005 and previously used in games like Nanostray 2′ or more recently ‘Jett Rocket’.

Huge thanks to the folks over at Shin’en for the screenshots and information. We’ll have more on FAST – Racing League over the next few weeks.