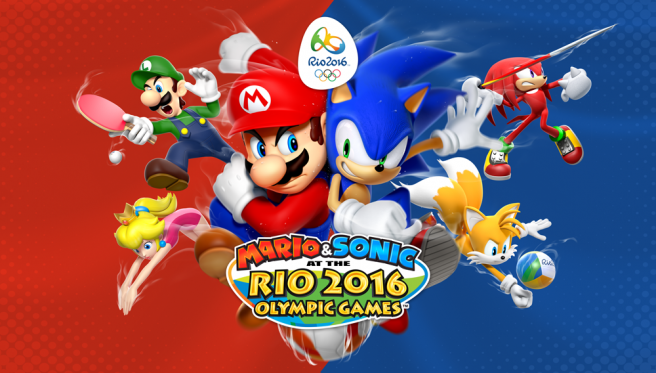 A few new screenshots from Mario & Sonic at the Rio 2016 Olympic Games were added to the Rio 2016 blog before being pulled just a few moments later. You can check them out below.

Apparently, there were a few other screenshots on the blog as well. They showed Sonic competing in Archery, -Zazz (against Yoshi) preparing to serve in Table Tennis, Rugby 7s with 3 Marios, 2 Sonics, Diddy Kong, Boom Booms and Egg Pawns, and Rosalina, Daisy, Peach and a female Mii competing in Synchronize Swimming.