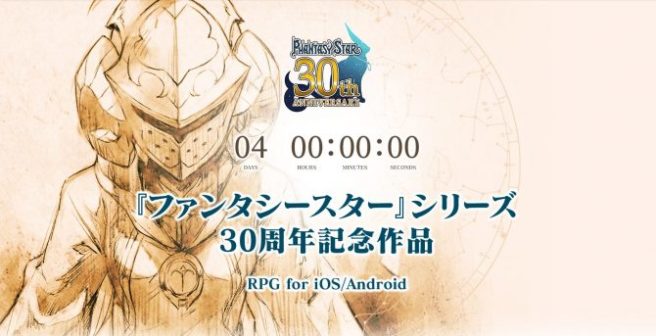 Earlier today, Sega opened a countdown website teasing the reveal of a new installment in the Phantasy Star series. It’s part of the 30th anniversary celebration of the franchise, with the official reveal coming at noon Japan time on the 24th of July.

We do know that the game will be for iOS and Android, but no further information has been given yet.