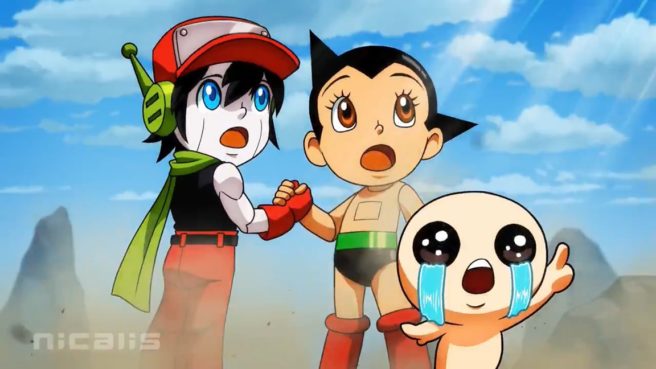 Blade Strangers won’t be Nicalis’ only new crossover game for Switch this year. While that title is a fighter, the company just announced Crystal Crisis, which is more puzzle-focused.

Crystal Crisis will feature various characters from games and more, including Quote and Curly Brace from Cave Story, Isaac from The Binding of Isaac, Astro Boy and Black Jack from Tezuka Productions, and many more. Expect different modes and support for local / online multiplayer.

An all-star cast of heroes has gathered to test their mettle in Crystal Crisis, a cute and chaotic new color-matching combat game for Nintendo Switch. Crystal Crisis is presented like a one-on-one fighting game, but instead of pressing buttons to kick and punch, players arrange falling gems into matching colors to clear them from the screen and inflict damage on their opponents. It’s the ultimate puzzle battle throwdown!

Announcing #CrystalCrisis, the most ambitious Nicalis crossover since the last one! Prepare for the most epic puzzle fighting battle ever when it drops on #NintendoSwitch in Fall 2018! pic.twitter.com/Q8xaSmS9U1

Crystal Crisis launches for Switch this fall. Pricing is set at $39.99.