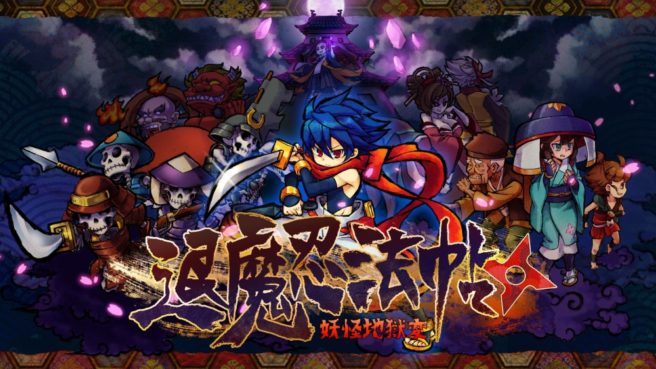 Mononoke Slashdown, a ninja action game from publisher Arc System Works and developer FK Digital, will soon be appearing on Switch. It’s been confirmed today that the title is due out digitally on the eShop on October 31.

Control Kagemaru the ninja, using ninjutsu arts, kunai daggers and the katana to defeat ghosts and monsters in this 2D scrolling action game!

Kill the ghosts to collect in-game currency and use it to buy powerful weapons, armor, ninjutsu techniques to power-up, and return the city back to its people!

What’s more, every stage has secret challenges to complete.

Can you take up the challenge to try and complete all the missions?

In a peaceful town, people were living in harmony.

But one day, an evil power slowly awakens from the depths beyond the mountain ridges.

Mysterious stones are said to be seen, first in the mountain, then in the fields, and eventually in the city.

And from these stones, ghosts start apperaring successively, turning the peaceful life of the villagers into a nightmare.

Suddenly, in the forest, a swordsman’s blade shines in the night!

It is the katana of a ninja apprentice, Kagemaru.

“Why won’t the warriors come and help the villagers…”

Kagemaru already knew the answer, as the city and its castle were flooded with ghosts summoned by this evil power.

While still an apprentice, Kagemaru now stands up fearlessly to fight the ghosts.

In order to save the city and its people, he will have to face the monsters alone.