Nintendo explains why Switch Sports took so long to come out 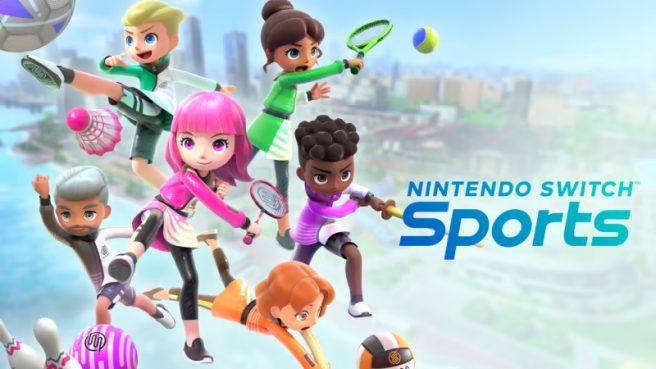 A bit over five years into the Switch’s lifecycle, we finally saw the arrival of Nintendo Switch Sports. The announcement took many by surprise as some thought this would be the type of title we’d see earlier on.

Director Yoshikazu Yamashita and producer Takayuki Shimamura explained the long wait in a just-published interview on Nintendo’s website. According to Yamashita, Yoshiaka Koizumi requested a new entry in the Wii Sports series. However, Yamashita felt “that there weren’t any sports left to be added.” That led the team to create gameplay “without swinging the Joy-Con controller”, but “it didn’t go well in the end”. After realizing they took the wrong direction, years passed and Nintendo went back to the drawing board.

Here’s the full excerpt from the interview:

When did work start for this title? Did the development start with the assumption that it would be a sequel to the Wii Sports series?

(*) Yoshiaki Koizumi. Senior Executive Officer, Deputy General Manager of Planning and Development Division. He is the general producer of the Nintendo Switch system.

So, it started quite a while ago.

Yamashita: Since it launched in 2022, one may wonder why it took so long.

You have been working on it since you received the request from Koizumi-san, haven’t you?

Yamashita: Yes. With the Wii Sports and Wii Sports Resort games, we came up with as many ideas as we could think of…and most of them were achieved and implemented in the titles, so we felt that we had done all we could. My impression at the time was that if we were to do a sequel in the future, it would be quite difficult. Therefore, when this Nintendo Switch Sports project started, I honestly felt that there weren’t any sports left to be added.

So, your starting point was “there is nothing left to do,” and you considered creative ways to add new things?

Yamashita: Yes. “There may not be so many new sports and types of gameplay anymore. But that’s not good enough,” and so on. I thought about a lot of things for a while and worked hard on my own. New members joined, and in the process of prototyping, we were conscious of creating something that looked new and different from the past. But we were so conscious of this, that we ended up going as far as having gameplay where you can play without swinging the Joy-Con controller. (Laughs)

Without swinging the Joy-Con controller…? The plan was to develop a Nintendo Switch title in the Wii Sports series, right?

Yamashita: That’s right. We started off with Wii Sports but got so caught up in making it look new, the swinging motion controls became a secondary consideration, and other aspects of the game, like the game’s atmosphere, became a higher priority for us to put our efforts into. But we were working so hard at the time that we didn’t really question it. We were very conscious of creating something new no matter what… However, it didn’t go well in the end. We had lost our way and were on the verge of losing the charm of Wii Sports. And by the time we acknowledged we’d pursued the wrong direction, years had already passed.

I understand that quite some time had passed since the start of the project. How did you pivot from there after you realized it was going in the wrong direction?

Shimamura: When you actually played the prototype from then, the operations were complex, and the motion controls ended up on the back burner. I felt that, if we proceeded in this direction, it was not going to be something you can just pick up and say, “let’s play it together,” when you have someone over at your house. What was essential in the Wii Sports series was that it is easy for everyone to play, even if it was their first time, and I thought that was missing from the prototypes we were making at the time. So, I felt really bad for all the staff who had been working on the game up to the halfway point, but I told them that our goal should be to create “the world’s most easy-to-invite to motion-based game.” Nintendo has a lot of other games that are deep and interesting, but even considering the differentiation from those games, I thought our mission was to create a product for 5-to 95-year-olds, that is highly approachable. And so, we made a fresh start.