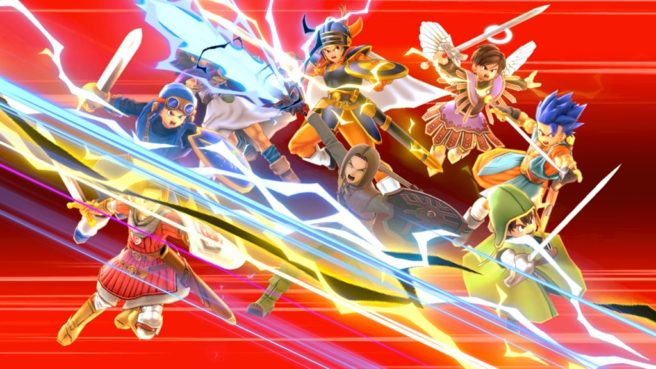 A few days ago, we had heard that Nintendo France banned Hero from the Super Smash Bros. Ultimate European Team Cup. Now, however, that decision has been reversed.

Nintendo has said in a statement that it will standardize rulesets for all tournaments on the European Team Cup circuit following the French qualifiers’s deviation. As part of that, Hero can be used going forward. The character had been eligible in other regions for the same tournament.

“We’re harmonising these rules across Europe to make sure that no community or country is disadvantaged when competing in the pan-European final next year. In terms of future fighter releases, we’ll create more detailed guidelines for our tournament organisers, to make sure that we maintain a level playing-field through consistent fighter eligibility across Europe.”

Nintendo did not say why Hero had been banned in French tournaments previously. The character has been a bit controversial in the community due to his more random-oriented moveset, but that has yet to be stated as the reason for the initial decision.