Posted on November 8, 2022 by Brian(@NE_Brian) in General Nintendo, News 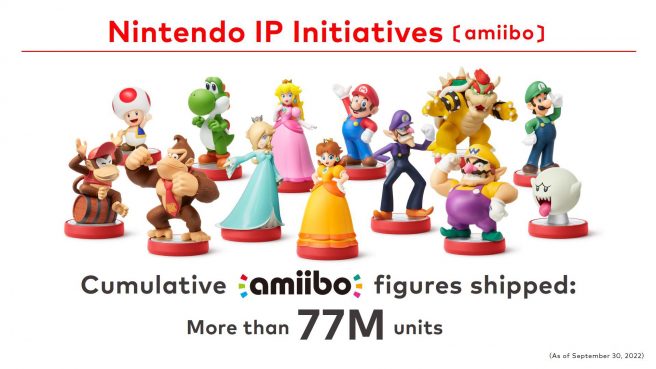 Furukawa said during the briefing:

I would like to discuss amiibo, which we launched in 2014. Tapping an amiibo to an NFC touchpoint on hardware can have all kinds of fun results in compatible games, such as the in-game appearance of the amiibo character or special items.

We continue to release new amiibo products each year, and cumulative global sell-in of amiibo figures has surpassed 77 million units.