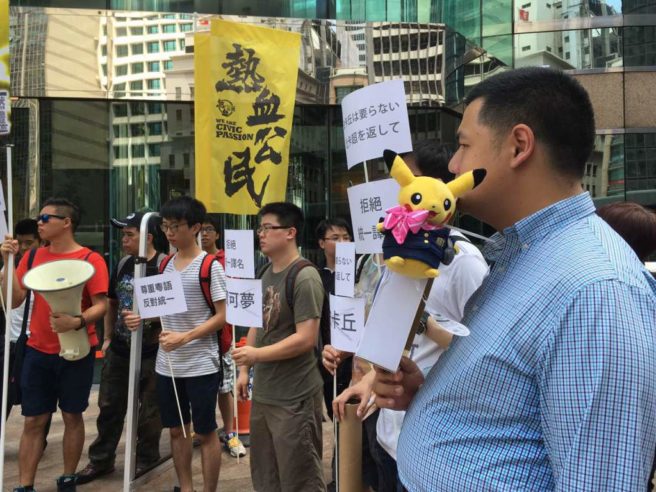 A few days ago, news began to circulate about Pokemon fans in Hong Kong setting up petitions and putting on protests related to the series. One of the stronger points players were upset about concerned a name change relating to Pikachu. You can read up on what’s been going on here.

Nintendo’s Hong Kong division, in conjunction with The Pokemon Company, issued a statement within the past week regarding the situation. This was distributed by Lonely Media, one of the organizers of the protest.

Nintendo cited that the new name for Pikachu in Cantonese can, and should be pronounce as Pikachu, not “Pei-kaa-jau”. Additionally, Nintendo never intended to restrict the name’s pronunciation. Instead, they just want a uniform translation for the Chinese sphere, so that it can be communicated across language barriers.

Reader VZ Blade went to the trouble of translating Nintendo’s statement in full. We’ve posted it below.

To ‘Petition to Keep Regional Chinese Translations of Pokémon’:

Thank you very much for your support.

After the announcement of Pokémon Sun/Moon being release globally this winter, the news of the Pokémon Sun/Moon’s inclusion of the Chinese language caused many reactions. At the same time, we received many opinions, which included the worry and the unfamiliarity to the new game title ??????* (Pokémon)?and the new names for the Pokémon that appeared in past games.

Following the announcement of Pokémon Sun/Moon info in May 10th, the new names of the 151 Pokémon appeared in Pokémon Red/Green was also announced. However, the suggestions in the petition was not reflected in the info announcement. At the same time, we did not give detailed explanations, causing severe negative reactions. We sincerely apologize for causing this inconvenience.

The decision of the inclusion of additional language in Pokémon Sun/Moon was reached after discussion between Nintendo and The Pokémon Company. To help everyone understand the development concept of Pokémon Sun/Moon…

We understand the unfamiliarity caused by changes in the pronunciation of some Pokémon. Even though Pokémon Sun/Moon’s content cannot be change, the inclusion of the Chinese language is a meaningful first step. We truly hope that this franchise will reach greater accomplishments, and please continue your support and encouragement. Thank you.

VZ Blade also passed along these footnotes for additional clarification:

*The name ????? (Hong Kong’s translation of Pokémon) only appeared in various media, Pokémon Sun/Moon is the first time that a Pokémon game includes the Chinese language.

In other news, due to various circumstances, Nintendo has decided to postpone their first ever Pokemon National Championship in the Greater China region (the first ever where Chinese players can realistically participate in) hosted in Hong Kong. It’s possible that the protests played a part in that.