Nintendo of America’s David Young: No amiibo figures have been discontinued

Posted on December 7, 2014 by Brian(@NE_Brian) in General Nintendo, News 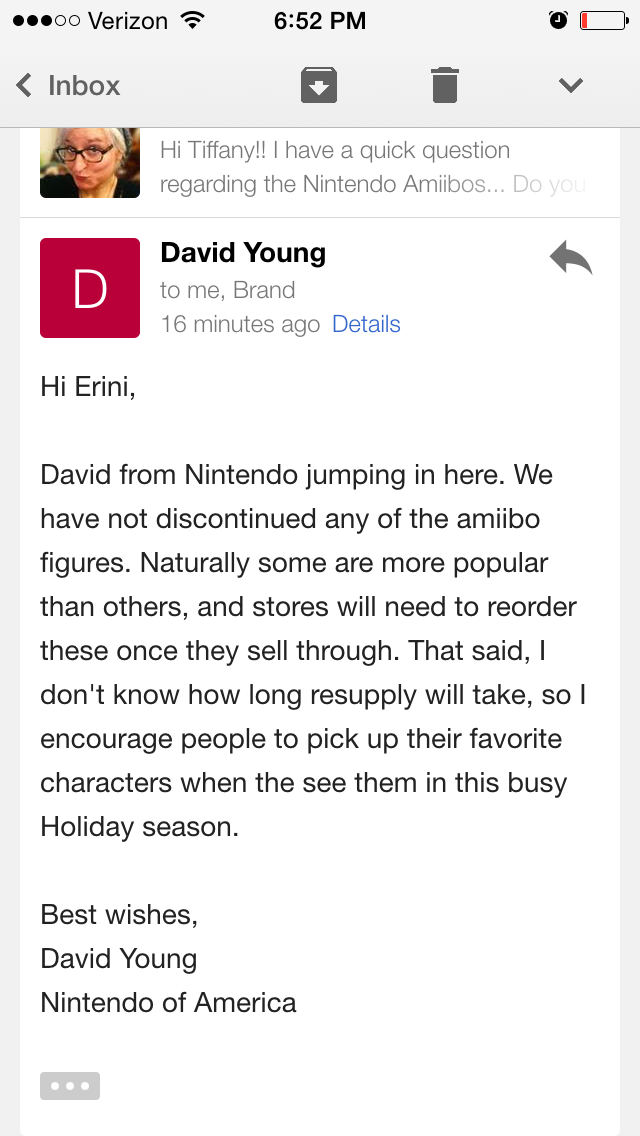 A few rumors have circulated as of late that some of the amiibo figures have been discontinued. Marth, Wii Fit Trainer, and Villager are three amiibo in particular that some have been worried about.

The recent concern appears to have been for naught, as Nintendo of America’s assistant PR manager David Young says that the company hasn’t discontinued any figures. View his full response above.