Nintendo on the making of F-Zero, Captain Falcon was originally SNES’ mascot character, much more 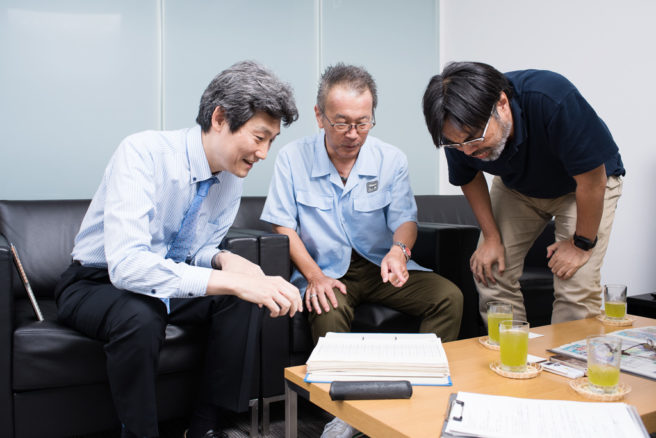 There’s really a whole lot of interesting stuff on this interview. Nintendo said that F-Zero was one of its first games that was created in-house, talked about the first demo having Hot Wheels-esque toy cars, how Shigeru Miyamoto’s suggestion of removing an invisible wall really opened things up during development, Captain Falcon originally being designed as the mascot for the SNES, and more.

You can read Nintendo’s full interview all about F-Zero below.

Shimizu-san, you were the director of the original F-ZERO game.

Shimizu: Yes. I was the director, but I also worked on the art.

Imamura: In the days of Super NES, it was common to work in various areas. So even as director, I might work with others on the courses and think about the racing vehicles.

What year was that for you at the company?

Shimizu: I started working on development of F-ZERO during my fourth year at the company.

Nishida-san, you were main programmer. What year was it for you?

Nishida: I think it was my third year.

What did you do before making F-ZERO?

Nishida: For Famicom, there was something called the Disk Writer…

The Disk Writer was a machine that provided a service for copying new games to the Family Computer Disk System1. At the time, it was installed in all kinds of stores.

1. Family Computer Disk System: A peripheral product for the Famicom system released in February 1986. The floppy disks used with the system allowed players to use Famicom Disk Writer Kiosks to copy new games. This system was sold only in Japan.

Nishida: Right. I was in charge of programming for converting that service data.

Imamura: And after F-ZERO, there was The Legend of Zelda: A Link to the Past.2

2. The Legend of Zelda : A Link to the Past : An action-adventure game included in the Super Nintendo Entertainment System : Super NES Classic Edition system. The game was originally released in Japan in November 1991.

Nishida: That’s right. Just before the Legend of Zelda logo appears, a polygonal Triforce symbol comes spinning in. I was in charge of programming that.

You created that iconic scene?

Nishida: Yes. Back then, I was just beginning to experiment with polygons, which were expected to be the core technology of the future. That scene was Nintendo’s first time to use it in a game.

Quite some time ago, Shigeru Miyamoto said in an interview that Nintendo outsourced most of the programming prior to Super NES.

That was until you were able to do your own programming, around the time of F-ZERO.

Nishida: I was the first one in Entertainment Analysis & Development, the department that I belonged to at the time.

You were the first programmer in EAD.

How many people worked on it?

Nishida: Including me, there were three programmers.

Shimizu: There were others who rendered backgrounds, so in total, it was made by eight people.

So not many people made F-ZERO. Imamura-san, you were a designer. What year at the company was it for you?

Imamura: It was my first year. When I joined the company, the F-ZERO project had already started.

Does that mean F-ZERO was your first task?

When did you join Nintendo?

Imamura: It was 1989, the year before Super Famicom released in Japan. After I joined, Miyamoto gathered some of the new employees and said we would be working on the new system. Even now, I clearly remember how happy that made me.

What kicked off development of F-ZERO?

Shimizu: The inspiration was Famicom Grand Prix: F1 Race3 for Famicom, a racing game from an overhead point of view. We made a sequel to that and showed it to staff at Nintendo of America, but they totally bashed it!

You had put a lot of effort into it, but they didn’t like it.

Shimizu: They were like, “This isn’t a racing game! Racing cars should be cooler!” They even said it wouldn’t sell, and that ticked me off!

It awakened the fighter in you? (laughs)

Shimizu: Yeah. (laughs) I thought, “Well, if that’s what you say, then I’ll make something really cool!” And while I was in America, the movie Batman4 was a big hit.

Imamura: The Batman movie directed by Tim Burton. That was released the year I joined Nintendo.

4. Batman: An American film released in 1989 and starring Michael Keaton as Batman and Jack Nicholson as the Joker.

Shimizu: During my stay in America, I bought a bunch of Batman comics and then came back to Japan. And that just happened to be when Nishida was experimenting with a racing game.

What exactly were you experimenting with, Nishida-san?

Nishida: At that time, a few young programmers had been given various topics and were experimenting with Super NES functions. My topic was a racing game using Mode 7.5

5. Mode 7 : A graphics mode that supports functions such as scaling and rotating backgrounds.

Nishida: Yes, Modes 0 through 7. And Mode 7 functioned to allow scaling and rotating of backgrounds, a characteristic of Super NES.

Shimizu: Nishida used Mode 7 to rotate about the bottom four-fifths of the screen and show the distant landscape in the remaining one-fifth. When I saw that, I thought, “This is it!”

You thought that would make for a cool racing game.

Shimizu: Right. I thought if we used that to make a racing game, it would shock everyone!

“It’s Gotta Be the Future!”

Imamura-san, were you at Nintendo at that time?

Imamura: I think it was right after I joined. I remember how surprised I was when I saw the demo.

At that time, did it show something like the F-ZERO racers?

Imamura: At first, big-wheeled vehicles that Shimizu-san had rendered were racing around. They were like Hot Wheels6 toy cars.

6. Hot Wheels: A brand of miniature cars produced by the American company Mattel. Since the brand appeared in 1968, Mattel has introduced thousands of models.

Why did those develop into the F-ZERO racers of the future?

Shimizu: That was because a futuristic world like the one portrayed in the Batman movie was on my mind. However, having tires would have made things much more difficult.

Nishida: With tires, we wanted to turn them, but that would have been challenging with the tech back then.

Imamura: I was making pixel art for the cars one by one. What’s more, I had to create them in different patterns when they’re seen from various angles. The total number of frames for that alone was staggering!

Shimizu: Nowadays, we could just create polygons and rotate those, but back then we still couldn’t use them.

If you tried to make the tires move, the number of pixel images would increase much more.

Shimizu: Yes, drastically. But then we discovered how that wouldn’t be necessary if we simply removed the tires. (laughs)

Imamura: So we decided to lose the tires and have the racers hover. (laughs)

Shimizu: After all, the game is set in the future! (laughs)

Shimizu: But there were other reasons for setting it in the future. For example, we weren’t able to render three-dimensional buildings. But if we had a course floating in the air with the city far beneath, we wouldn’t have to show building shadows and so forth. In that case, it’s gotta be the future!

Nishida: And we had to prepare curves at various angles, from broad ones to tight ones, so we considered lining up something round along the edges.

Shimizu: We lined up round objects and decided to call that the “guard beam.”

The name sounds cool, but it resulted from a desperate shortcut! (laughs)

Nishida: Yep! Since they’re round, they look the same from any angle! (laughs)

Shimizu: Another merit was that we could create them from just a few elements.

By setting the game in the future, you were able to employ a number of creative tricks.