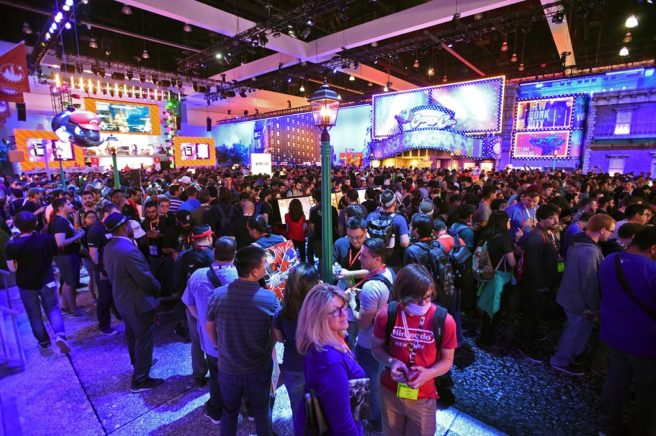 Nintendo’s activities at today’s E3 video game trade show in Los Angeles included the announcement of a remake of a classic Mario & Luigi game and the crowning of the winning team in the 2017 Splatoon 2 World Inkling Invitational.

Following a morning packed with new announcements, the Nintendo Treehouse: Live at E3 show included in-depth play-throughs of a variety of games for both the Nintendo Switch and Nintendo 3DS systems. During the show, Nintendo announced that an updated version of the first game in the Mario & Luigi series was in development for the Nintendo 3DS family of systems. Mario & Luigi: Superstar Saga + Bowser’s Minions contains all the fun gameplay and dialogue of the Game Boy Advance original, as well as an optional Easy mode for younger or more inexperienced players.

The game also includes a side story called Minion Quest: The Search for Bowser, which tells the story of the game from the perspective of Bowser’s minions, led by Captain Goomba. Nintendo revealed that two new amiibo figures would be introduced: Goomba and Koopa Troopa. The new amiibo and the existing Boo amiibo figure will be compatible with the game. The amiibo, and the game, are scheduled to launch separately on Oct. 6.

Nintendo ended the day by making a splat-tastic mess with an international flair. Competitors from four different global regions (U.S., Japan, Europe and Australia/New Zealand) competed for world dominance in the 2017 Splatoon 2 World Inkling Invitational. “Deadbeat” from the United States emerged as the new global champions.

The four-person teams competed in a best-of-seven final round featuring Ranked Modes from the game. “Deadbeat” will get their name engraved on a sweet Splatoon 2 trophy and will have global bragging rights.

A sampling of other exclusive content revealed today during Nintendo Treehouse: Live at E3 included:
Fire Emblem Warriors: Colosseum mode offers different scenarios with Fire Emblem heroes facing off and highlighting their over-the-top moves and action. In this scenario, Xander, the crown prince of Nohr, storms Hoshido Castle on a mounted stead through a gauntlet of different Fire Emblem heroes, like Corrin, Marth and Chrom to an ultimate final showdown with Ryoma. Additionally, two new amiibo figures, Chrom and Tiki, will be compatible with the game.
Super Mario Odyssey: Members of the Nintendo Treehouse showcased live gameplay of an exclusive area not available in the show-floor demo, revealing new game-play mechanics, new capture targets and new ways of interacting with the environment. This lush, wooded kingdom showcased some of the surprises in store for players when Super Mario Odyssey launches on Oct. 27.

Metroid: Samus Returns: Earlier today, Nintendo announced a new Metroid game for the Nintendo 3DS family of systems: Metroid: Samus Returns, a modern reimagining of the 1991 Game Boy adventure Metroid II: Return of Samus. Nintendo Treehouse members also announced two new amiibo figures – Samus Aran and Metroid – will be released as a set alongside the game. This game is also compatible with the Zero Suit Samus and Samus amiibo from the Super Smash Bros. series. (amiibo functionality details will be revealed at a later date.) While supplies last, fans will also be able to purchase a special edition of the game, which includes a physical version of the game, a sound-selection CD featuring 25 tracks from across the Metroid franchise and a reversible title-sheet insert for the game case for a suggested retail price of $49.99.

To watch the competitions and all the Nintendo Treehouse: Live at E3 activities, visit http://e3.nintendo.com or check out Nintendo’s YouTube and Twitch channels.