Nintendo on how Spocco Square was created for Switch Sports 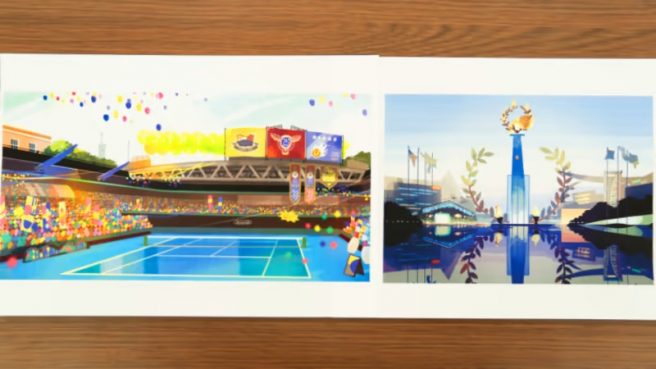 Although Nintendo Switch Sports is naturally about the sports themselves, the game introduces a new setting in the form of Spocco Square. In an interview shared today, the developers explained how the setting came to be.

Interestingly, Spocco Square wasn’t the original plan. Art director Junji Morii said Nintendo considered going with “a place where intercollegiate sports are played as well as a setting that looks like an ancient Olympian stadium.” In the end though, “none of them seemed to match the feelings that players would experience playing this game.” That led to the teaming coming up with “a gym where people could drop by more casually, with a stylish facility that makes everyone want to visit.”

Morii and program director Shinji Okane shared the following about how Spocco Square came to be in Nintendo Switch Sports:

You pursued making the characters move naturally so that players experience motion controls intuitively Could you tell us about the design of the setting where the sports are played? The design also seems new in this title.

Morii: For Spocco Square, the setting for this title, we designed it to create a sports complex that doesn’t exist in real life but would be nice if it did. As we did for the characters, we tried various ideas for the stage design. I talked about college student characters earlier, but we also proposed a setting that resembles a place where intercollegiate sports are played as well as a setting that looks like an ancient Olympian stadium (above). I asked the team to build a prototype set in a stadium with a large audience, like the ones used for professional games, but none of them seemed to match the feelings that players would experience playing this game. 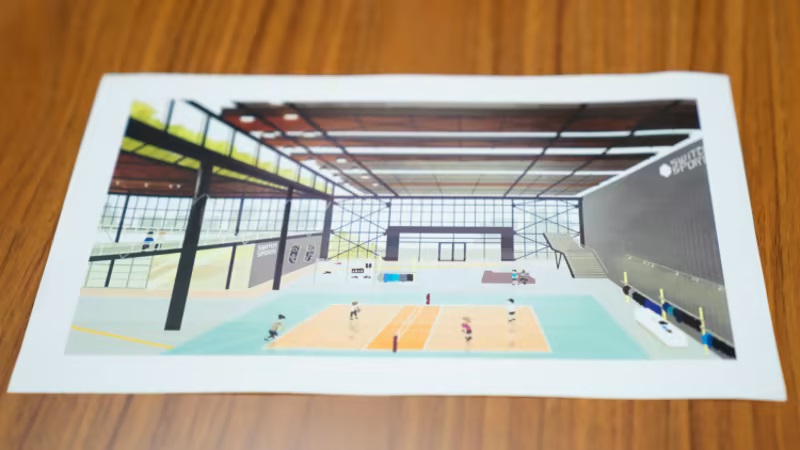 Okane: Yamashita-san often used the term “a sense of continuity” to describe this feeling.

Does that mean a sense of continuity from the real world to the world of games?

Morii: It’s more like a sense of continuity in terms of feelings. We wanted our players to experience something similar to what they would feel playing sports as a leisure in the real world. Like something that extends from their daily lives. This game doesn’t require any difficult techniques to play, and it’s the kind of game you can casually play by asking, “Hey, let me borrow the controller,” or “Let me play, too.” However, if you casually grabbed a controller and asked to borrow it for a moment but were suddenly brought out in front of a large audience and were in a situation where you were cheered like a professional player, you would not feel comfortable. Instead, we thought it would be better to make it a gym where people could drop by more casually, with a stylish facility that makes everyone want to visit. This is how the design came to be.

This is a place created by renovating a warehouse district in a port town. It is a kind of facility that you would not be surprised if it were a part of your life, but we avoided making it too realistic. It’s a place you wish you had in real life. We also kept in mind that it should be a fun place whether you go alone or with others. In Wii Sports, I think people had a strong impression that you gather in the living room with family and friends to play together. However, since players can enjoy playing online by themselves as well as with others in this title, we made sure to create a design that accommodates the level of excitement of players who play on their own.

Okane: After this design came out, the mood amongst the team changed. We all thought, “I see. We are creating sports to be played in this kind of facility.” It made sense.

I see. Knowing the direction of the design enabled the entire developer team to unify.

Morii: While it creates a feeling that players can start playing naturally, it is a fresh new design, and all of us could see its possibilities. We spent a lot of time trying to come up with a new look and feel, and we came up with so many ideas, but I don’t think it was a waste of time. Even the ideas that were not adopted were essential in arriving at the current design. In creating an atmosphere that is easy for anyone to understand using motion controls, we discussed within the team saying things like, “Robots don’t seem right, nor ancient Greece,” and eliminated and refined many elements.