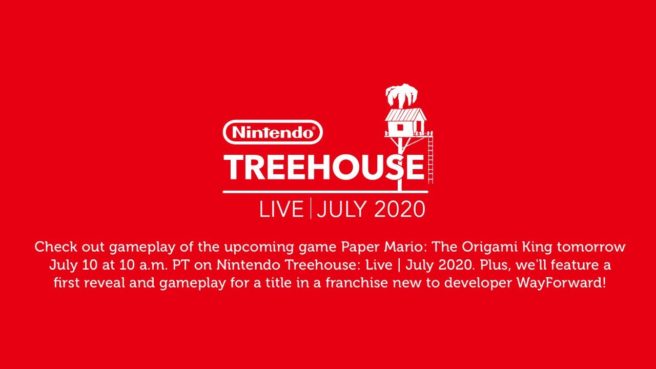 Update: Nintendo has clarified that WayForward’s new project “is based on a third-party property.”

Original: Nintendo Treehouse: Live will be hosted tomorrow, July 10, Nintendo has just announced. Viewers can tune in to a look at Paper Mario: The Origami King plus a reveal from WayForward.

The event will go live at the following times:

You’ll be able to watch Nintendo Treehouse: Live as it happens through the stream below.