Posted on December 17, 2019 by Brian(@NE_Brian) in General Nintendo, News, Switch 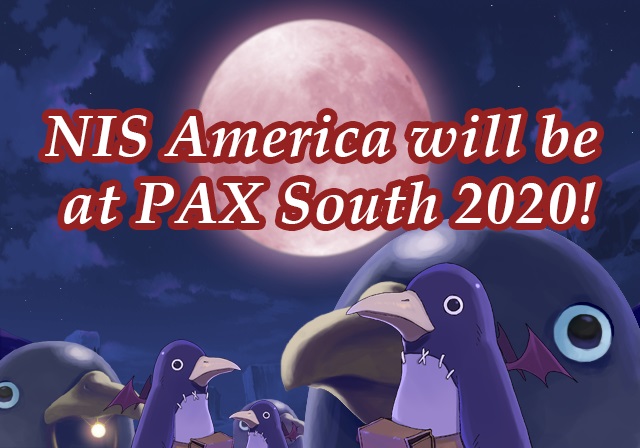 NIS America announced today that it will hold a panel at PAX South 2020. It’s something fans will want to keep an eye on, as the company will share “information that has never been revealed” in addition to “new announcements”. NIS America says that there will be a “special guest” talking about one of those upcoming announcements.

The NIS America panel will be held on January 17 at 2:30 PM CT in the Main Theatre in the Henry B. Gonzalez Convention Center. For those who won’t be attending, it will be streamed live on Twitch.