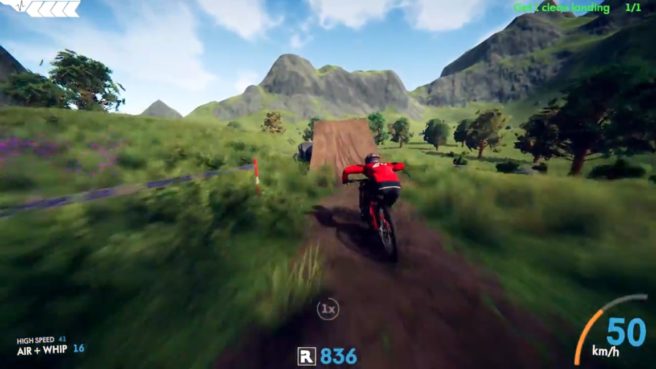 No More Robots and RageSquid are taking Descenders very seriously on Switch. Speaking to Nintendo Life, No More Robots founder Mike Rose said that “the plan is to make sure the Switch version of the game is as great as possible”.

According to Rose, “Nintendo has been super supportive”, and the same goes for Switch fans. We’ll be seeing videos of Descenders running on Switch “soon” so that the community can follow along as the project develops.

Nintendo has been super supportive to us from the moment we brought Descenders to them, and the guys at RageSquid received dev kits incredibly quickly – we’re talking within the space of a week of us requesting them.

Meanwhile the response from Switch fans has just been overwhelming, and every time we mention to someone that we’re building the game for Switch, their eyes just light up. A large portion of the over 1 million views we’ve had on the game across all the various versions of the trailer came from people searching for Switch games, so we can definitely see there’s a fever for more Switch games out there!

So the plan is to make sure the Switch version of the game is as great as possible, and the RageSquid team has a dedicated guy making sure that is the case. We’ll start posting videos of the game running on Switch soon, so the community can following along with the development.