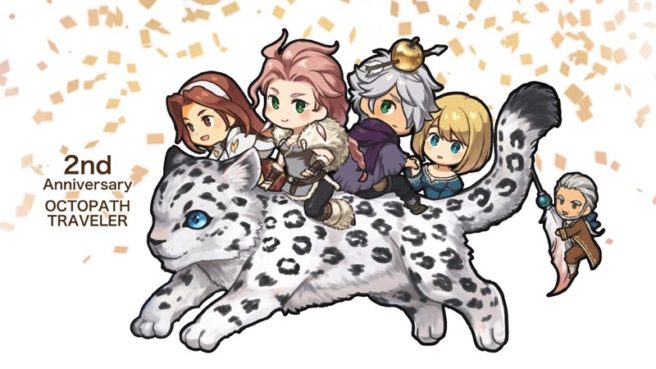 Octopath Traveler is officially two years old, and Square Enix has sent out some new art in celebration. We have the image above.

Octopath Traveler released for Switch on July 13, 2018. It was first announced during the Nintendo Switch Presentation back in January 2017.