Octopath Traveler’s “Break, Boost and Beyond” concert to be held on July 28

Posted on April 8, 2019 by Brian(@NE_Brian) in General Nintendo, News, Switch 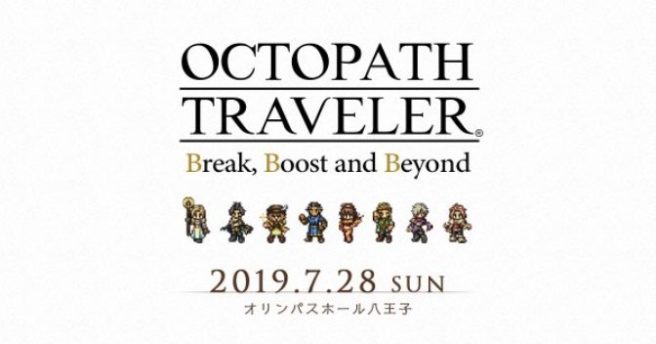 In March, Square Enix announced the first live concert for Octopath Traveler in Japan. The company has now confirmed that the event will be held on July 28 at the Olympus Hall Hachioji in Tokyo. Those who are interested in attending can keep an eye on the game’s official website and Twitter account for ticket sales and other details.