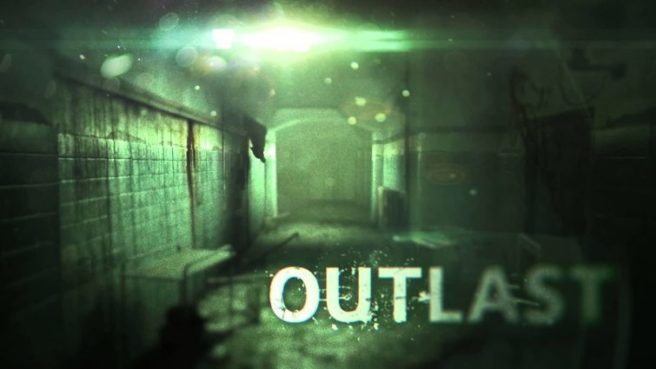 Between the two, they spoke about how the games have been selling on Switch, porting them to the console, why they run at 30 frames per second rather than 60, and more. We’ve rounded up some of the more noteworthy comments below.

On a physical version and sales…

So far, we have no plans for a physical release, but it’s not out of the question. Sales are good, we’re making a profit. We’ll see in the long run how it compares.

On how the Outlast games came to Switch…

We didn’t really “plan” anything at first. After Outlast 2, in the middle of the summer last year, i kept reading how the Switch was selling super well. Phil and I talked about it for a second and a couple weeks later I had a devkit on my desk. We had no tangible idea of the processing power of the machine before we got it (besides the specs, which don’t tell you everything) but we were hopeful we could make it work.

On a potential Outlast 3 for Switch….

We want to do an outlast 3 game at some point and at this point I don’t see a reason why it wouldn’t make it to the Switch.

On porting to Switch…

Porting was pretty smooth. The Nintendo tools and devkits are great. Most of the challenges were in the second game, for which we needed to do a few content changes. Most of the vegetation, for example, (trees, plants) had to be remodeled since they had too many vertices.

By content changes, I only mean changes necessary to meet our resolution/performance targets. The Switch version DOES include the new Story mode, but does NOT include the restored previously censored content. Besides that, the game is exactly the same. Nintendo never asked us to remove any gore or anything like that. That’s what ratings are for.

Outlast 1 uses a near-stock UE3, we simply ported it Switch and thankfully everything worked, but Outlast 1 is not a very demanding game.

For Outlast 2, we found that UE3 was getting a little old so we modified it to support more “modern” graphics features. We also made it able to make better use of the modern consoles (more cores, more RAM, etc.). Some of these features are pretty demanding for the Switch but with a little bit of effort we managed to get everything working.

On their next game, which isn’t Outlast 3…

We’re in the early phase of conception of a new game, so it’s too soon to confirm anything, but we love the Switch.

On optimizing for Switch…

The first thing was to get the game sort-of running, once we got that, we have tool (from Nintendo) that can help us figure out exactly what the CPU/GPU is doing, how much time everything is taking.

From that we can start making decisions on what do change (if anything). For Outlast 1, we almost didn’t change anything. For Outlast 2 it became obvious that some assets just had too many triangles (most of the vegetation for example). One of our artists went over the worst offenders. Some other stuff had to be toned down as well. Code was optimized a lot too.

Another thing we had to consider is the size of the game. In Oultast 2, we limited the size of the textures a bit to keep the game relatively small. It does not make sense to release a 20GB game (the size on PS4/XB1) on a system that has 32GB. It is just going to make people angry.

Much like the DOOM guys, we were fortunate enough to have our game run at 1080p/60fps on PS4/XB1, so cutting the the resolution in half (720p is a bit less than half the number of pixels) and the framerate in half means you can run on a machine that is 4x less powerful, which is pretty much what the switch is in handheld mode.

Keeping the 60fps on switch would have been impossible. I mean, we would have had to cut so much that it would not have been the same game. Games like Mario do it but their lighting is extremely simple, most objects don’t cast shadows or anything, which obviously doesn’t work for a game that is all about hiding in the dark. They also barely have post-fx or anti aliasing.