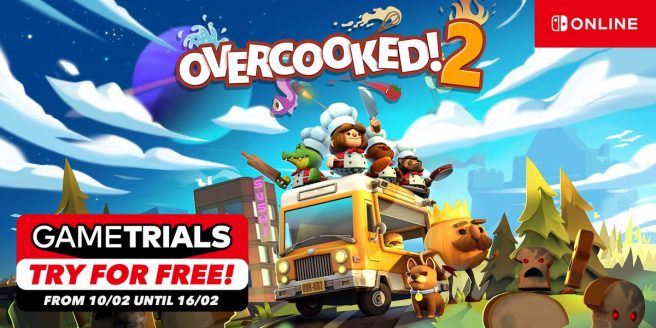 Overcooked 2 will be the next Nintendo Switch Online Game Trial in Europe, Nintendo has announced. Subscribers will be able to play the full game for free starting on Wednesday. As always, all progress can be used in the full version.

Nintendo has thus far not announced any similar plans for North America. However, as long as you’re a subscriber and create a European Nintendo Account, you should still be able to participate.

The Nintendo Switch Online Game Trial in Europe will be offered between February 10 and February 16.