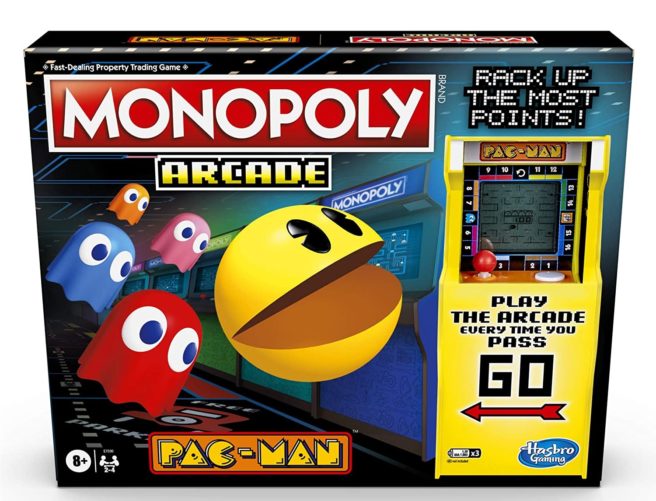 Hasbro has teamed up with Bandai Namco on a new Pac-Man version of Monopoly. It’s the same board game that’s been around for ages, but with a unique twist. When players pass “Go”, they’ll play a mini game of Pac-Man.

Gamers and fans of the original Pac-Man can relive some of their gaming experiences with this Pac-Man themed Monopoly game. In the Monopoly Arcade Pac-Man board game players can play Pac-Man on the retro banking and arcade unit and can also use it to buy, sell, or steal Levels and perform various other actions. Players race around the board (but watch out for the Ghost!) to buy Levels and earn points. Each time a player passes Go they get to play a mini game of Pac-Man. Rack up the points while everything is tracked in the banking and arcade unit, with no money changing hands. The player with the most points wins!

– MONOPOLY GAME WITH PAC-MAN THEME: Did you play the classic Pac-Man arcade game back in the 80s? Relive favorite moments with this Pac-Man themed Monopoly Arcade board game
– ARCADE IS BANKING UNIT: In the Monopoly Arcade Pac-Man game players play for points instead of money. Earn points by buying Levels and playing mini games of Pac-Man on the banking and arcade unit
– THE GHOST: Players move around the board as Pac-Man, and also move the Ghost token on their turn. The Ghost Die determines how far the Ghost token moves
– POWER UP, POWER PELLET AND MAZE SPACES: Players move around the board and can advance to or steal a Level depending on the space they land on. If they pass or land on Go they get to play Pac-Man
– FOR PAC-MAN FANS: Players insert their plastic arcade coin into the banking and arcade unit to check scores, pay rent, buy, sell, or steal Levels, play mini games of Pac-Man, and more

And a few photos: 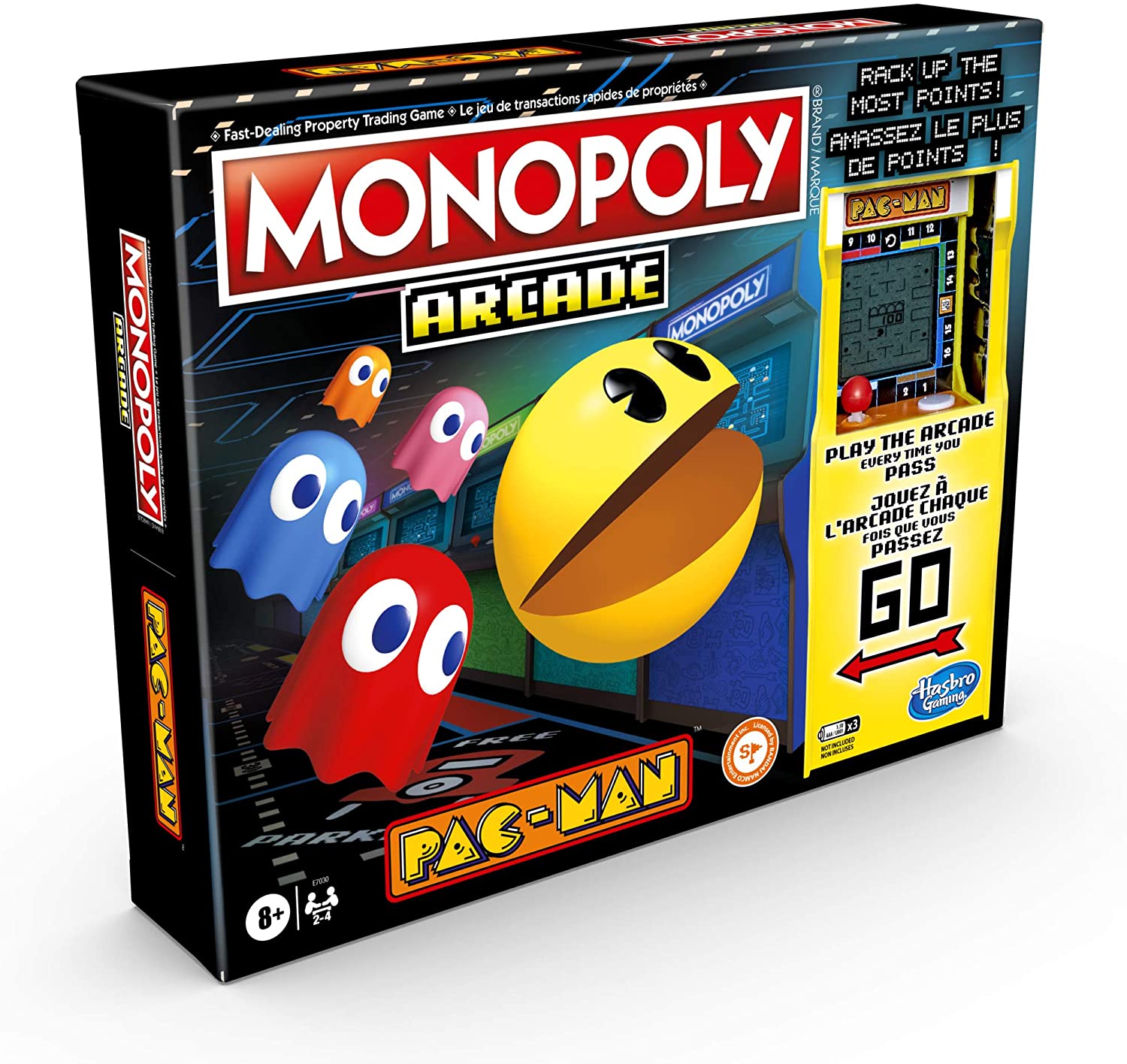 We’re hearing that Pac-Man Monopoly will release on August 1, though Amazon apparently already has it in stock. You can place an order here.