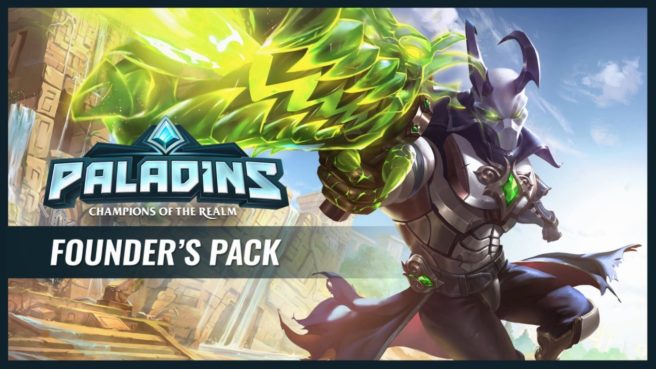 Update: Paladins pre-load is live on the North American Switch eShop. Pricing is set at $29.99.

Original: Paladins is official for Switch. A listing on the European eShop reveals the release, which is slated for June 12.

European Switch owners can pre-load Paladins – Founder’s Pack right now for £24.99. The offer should be extended to North American users soon as well. A free-to-play version of Paladins will be offered later this year, but the Founder’s Pack allows for early access, the ability to immediately unlock all Champions and their voice packs now and forever, and contains exclusive cosmetics.

We have the following overview and trailer for Paladins:

Join 25+ million players in Paladins, the free-to-play fantasy team-based shooter sensation. Wield guns and magic as a legendary Champion of the Realm, customizing your core set of abilities to play exactly how you want to play.

Paladins is set in a vibrant fantasy world and features a diverse cast of Champions ranging from sharpshooting humans to mech-riding goblins, mystical elves, and jetpack-clad dragons. Each Champion brings a unique set of abilities to the battlefield and new Champions are regularly added to Paladins, keeping the game exciting.

Paladins is completely Free-to-Play. Anything that affects gameplay can be unlocked simply by playing, with cosmetic items available for purchase.

No matter what your playstyle is, you’ll find it in Paladins. With Paladins’ deckbuilding system, you can become an iron sights sniper, a grenade-slinging explosives expert, or a track star with an assault rifle – all as the same Champion. Choose from dozens of cards to customize your abilities and make each Champion your own.

Ancient Goddess. Interstellar bounty hunter. Cutthroat pirate. Frost giant. You can be all of these and more in Paladins. Choose from hundreds of skins already available in Paladins or find a new favorite in each update.

Paladins will be available as a free-to-play game later this year. Founders get early access, immediately unlock all Champions and their voice packs now and forever, and receive exclusive cosmetics.

Paladins – Founder’s Pack is a 5.8GB on Switch.