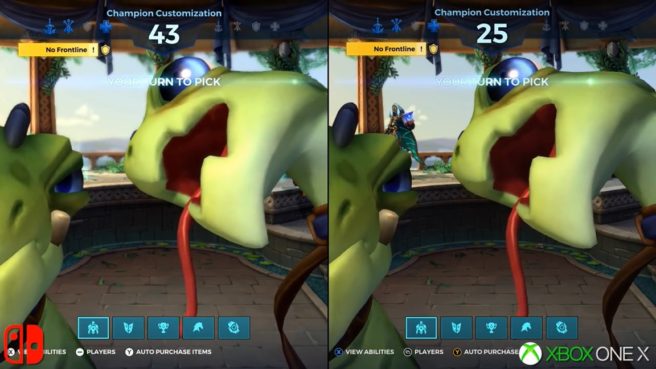 Digital Foundry has put the new Switch version of Paladins to the test. What we learn is that, ultimately, Hi-ReZ Studios has done a great job with the port from a technical perspective.

Paladins manages to hit a mostly smooth 60 FPS on Switch. Despite a few small hiccups here and there, you’re getting a consistent frame rate for the most part.

Compared to the Xbox One X version, some changes were made with visual quality. Texture quality is mostly the same with characters, but environments take a hit. There is also weaker texture filtering and more aggressive texture flickering. Light shafts are gone on Switch, and shadow maps are less pronounced. The same also goes for ambient occlusion. Overall though, the Switch version is a faithful port that keeps the gameplay in tact, and thanks to its art style, the changes aren’t immediately noticeable.