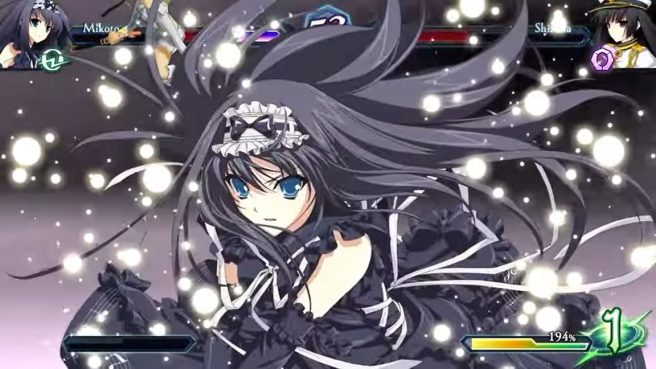 Rocket Panda Games and Mages are ramping up their promotional efforts for their upcoming Switch fighter Phantom Breaker: Omnia with character trailers, and the first one published today features Mikoto. She’s voiced by Erica Mendez in English and Nana Mizuki in Japanese.

Thanks to the game’s official website, we have a bit of background information about Mikoto. Read her official bio below.

After losing both of her parents at a young age, she went to live with a distant uncle who saw her potential for music and taught her the violin while raising her. Her gratitude to him for his dedication, however, turned to regret as he lost his hearing before she could keep her promise to play a concert just for him.

Phantom Breaker: Omnia will be available for Switch on March 15. You can visit the official website here.