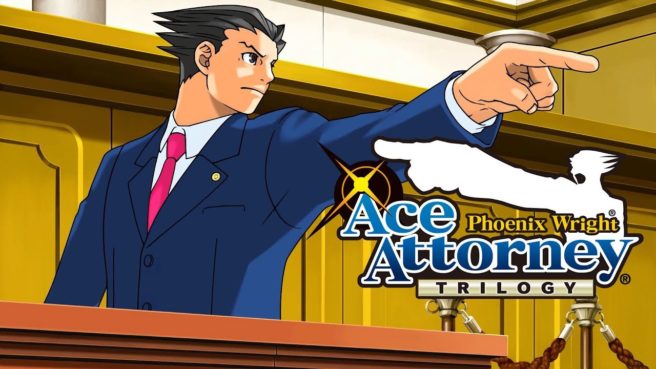 Phoenix Wright: Ace Attorney Trilogy originally came out on the DS. Years later, the first three games have made it to HD platforms, including Switch. The team didn’t just leave the pixel graphics as they were, and instead opted to rework them in HD.

Director Shinsuke Kodama spoke about what the process was like in a blog post today. Here’s what he shared about the topic:

A lot of you probably already know this, but the graphics for this game were scaled up from the original 2001 Game Boy Advance game. (Note: The first Ace Attorney games appeared in 2001 on the Game Boy Advance in Japan before their worldwide debut on the Nintendo DS in 2005.) The resolution of the assets back then were 240 pixels x 160 pixels, and it was our job to turn them into beautiful 1920 x 1080 HD graphics. That’s 54 times bigger! But we couldn’t just make the graphics themselves 54 times bigger and expect them to look good. Plus, if you look really carefully, you’ll see that the screen ratio is slightly different… but we on the multi-platform port team were ready and willing to rise to the challenge.

Let’s take Phoenix as an example. He’s onscreen quite a bit, so we really reworked his sprites. Using the original illustrations and games as a reference, we worked to capture the essence of each and every curve and detail. We drew and re-drew each frame of animation until we ended up with stunning sprites like this one. Amazing, isn’t it! 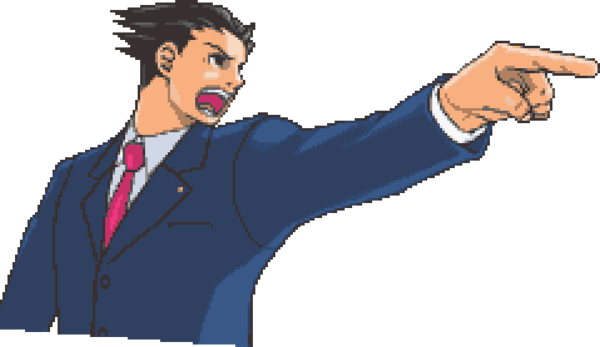 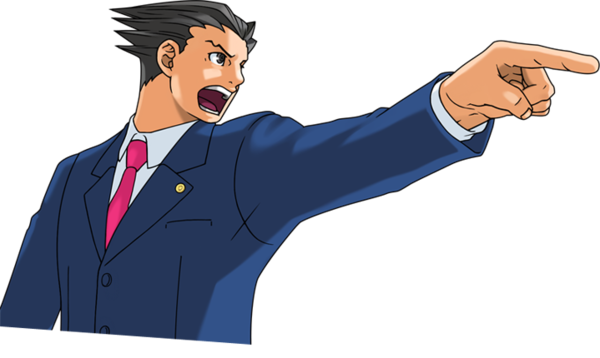 For ease of comparison, I made the HD Phoenix on the top the same size as the older version on the bottom. There were lines outlining each hair spike in Phoenix’s original design that we were able to restore in the HD version. Also, because of the limited color palette at the time, older Phoenix’s necktie and the inside of his mouth had to share the same color, but we were able to adjust the colors in his HD sprite to make things look more natural.

Now, let’s take a look at this book. The picture in the middle seems to depict something yellow sitting on a chair with something in its hand. “What in the world could it be?” we wondered. After checking the original concept art and comparing it with other related pieces of evidence and character dialogue, we realized that the little yellow blob on the cover of this “Evidence Law” book was, in fact, a baby chicken, and that the thing in its hand was probably a pipe. All that was left was for the artists to work their magic and bring the cute little fella and the entire piece of evidence to life. Hooray! 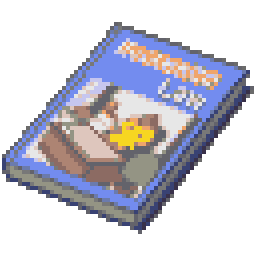 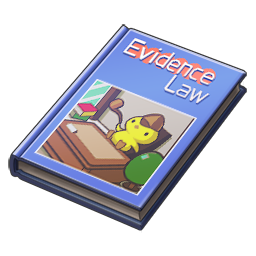 Once we latched onto the idea of a baby chick, we couldn’t see the yellow character as anything else. It’s even a bit naughty with its feet up on its desk. We made the window, books, and chair a bit more colorful and amped up its “Book for Beginners” feel!

And finally, for those of you who are interested in playing the game in Japanese, let’s take a look at the Boat Rental shop from the first Phoenix Wright: Ace Attorney. In the older background, there were 4 indistinguishable black blobs on the right-hand side of the sign, but we couldn’t just leave them like that when we made everything HD. Once again, we went to the original drawings and the characters’ dialogue in search of clues, but… nothing! There just wasn’t anything, anywhere, which could tell us what it was supposed to say. All we could do was make something up. 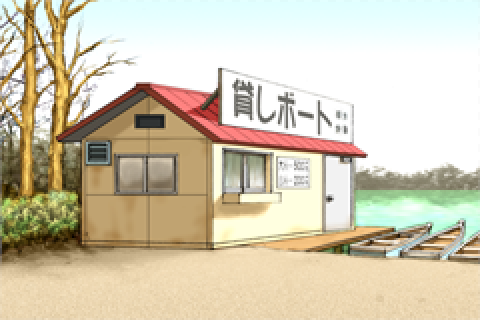 What could the four letters be? The dev team thought about it and we came up with アリマス (arimasu, lit: “we have”), but was that the right thing to do…? We weren’t wrong to make the sign say “We Have Boats for Rent”, were we…?

Due to the circumstances, we weren’t able to redraw every single graphic, but we tried our best to make everything as easy on the eyes as possible. Remaking everything in HD was quite the task, and all I could do was cheer everyone on from the sidelines… but talk is easy, and the staff working on it were the ones hard at work staring at their monitors. You can see the fruits of their effort for yourself with Phoenix Wright: Ace Attorney Trilogy, out now on PS4, XB1, Switch, and Steam! Hope to see you there!