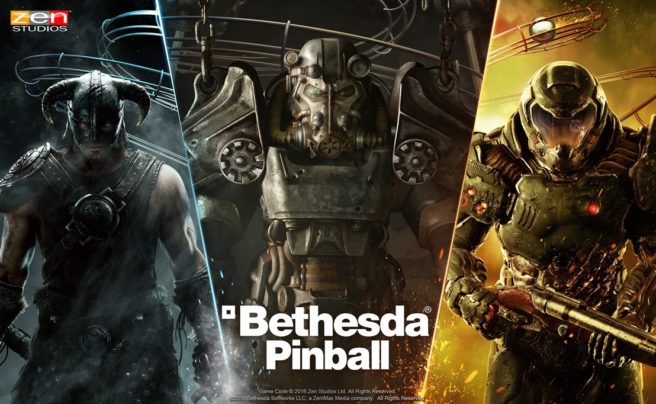 Here’s an overview of the different tables:

Explore the secrets of “Fallout Pinball’s world decimated by nuclear war, as you join factions, raid vaults and collect Vault Boy bobbleheads on the table. Similarly, you’ll craft weapons, wield magic, equip armor and more as you fulfill your destiny as Dragonborn in “The Elder Scrolls V: Skyrim Pinball.” Finally “DOOM Pinball” takes you to Mars, where you’ll battle hordes of demons.

We have a trailer for the new tables in Pinball FX3 below.