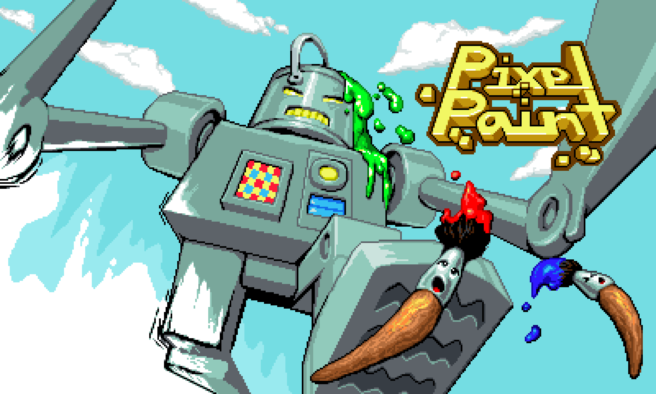 As is the case in Europe, Pixel Paint is confirmed for the North American 3DS eShop next week. The title will arrive on August 25 for $3.99.

Originally released for Wii U in October 2014, this new version has been converted for Nintendo’s portable. Here’s a brief overview:

“Pixel Paint is an easily-to-use painting package that let’s players draw retro-style graphics from the classic days of video games. Using the stylus players can paint pixel-by-pixel making
it easy to create pixel artwork seen in many indie games these days.”

New features for 3DS include a shape tool to draw circles, triangles, squares and lines, the ability to export images to an SD card as a .JPG file, and Easer.

Just like on Wii U, Pixel Paint will support the ability to upload and share drawings on Miiverse.