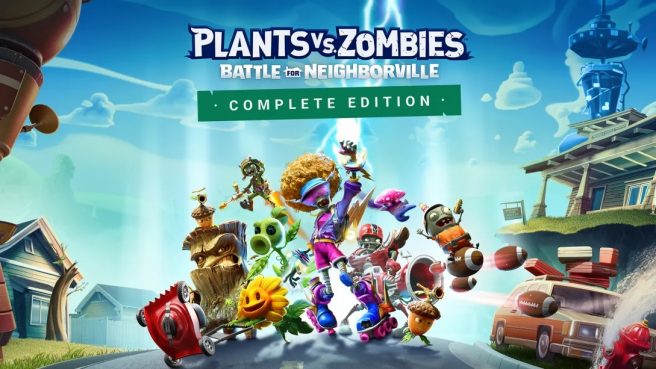 Plants vs. Zombies: Battle for Neighborville Complete Edition is about to launch on Switch, and it’s a very significant release. For the very first time, Nintendo’s console is getting a game built with the Frostbite engine.

Nintendo Everything was recently able to speak with producer Melvin Teo to discuss the Switch port in greater detail. We know that there are a lot of folks curious about the game from a technical perspective, and fortunately we were able to find out more.

Teo confirmed for us that the Switch version of Plants vs. Zombies: Battle for Neighborville runs at 900p in docked mode. For handheld mode, the resolution comes in at 720p, which would be the maximum amount for the screen. You’ll be getting 30 frames per second in both modes.

Teo also talked about the process of bringing over the Frostbite engine to Switch, which was no easy feat:

“A huge part of our development efforts was towards making the game run well and look good on the Nintendo Switch, and obviously a big part of that effort was to making the Frostbite engine compatible and optimized for the platform. Being the first Frostbite title, there were a lot of growing pains, and there was a huge learning curve in terms of how to make the engine best run on the console. We had a lot of help and support from the Frostbite central teams and their tools teams to quickly understand what we could achieve with the platform in terms of, again – graphics, storage, and memory, and stuff like that. Ultimately, we partnered together with them to achieve the best possible result that we could.

We also had help from QLOC – they are a developer based in Warsaw, Poland. They’re very experienced working on Switch optimization and ports, so co-developing with them was great because they could offer us a lot of prior experience and expertise, and that certainly helped us a lot and they were wonderful partners to work with as well.

So overall, obviously there were lots of technical challenges that we needed to solve along the way, but it was a very fruitful journey. We learned a lot about the platform and about the Frostbite engine.”

Our full interview for the Switch version of Plants vs. Zombies: Battle for Neighborville will be shared soon – stay tuned.