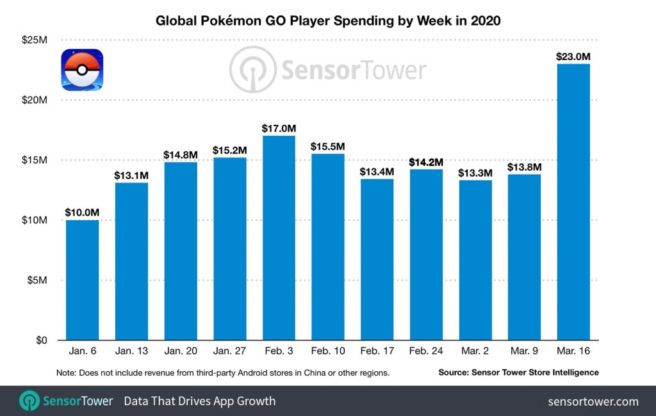 Many people are electing to stay home more now than they ever have before due to the coronavirus pandemic. Pokemon GO, a game known for its popularity based on real world activity and socializing, hasn’t actually been affected despite that.

According to Sensor Tower, Pokemon GO generated $23 million in player spending during the week of March 16. It’s a 66.7 percent increase week-over-week. Players in the United States account for 34 percent of the total. During the week, they spent $7.8 million on the mobile title.

Pokemon GO has implemented many changes as of late knowing that its users have been staying indoors. The approach has thus far proven successful.