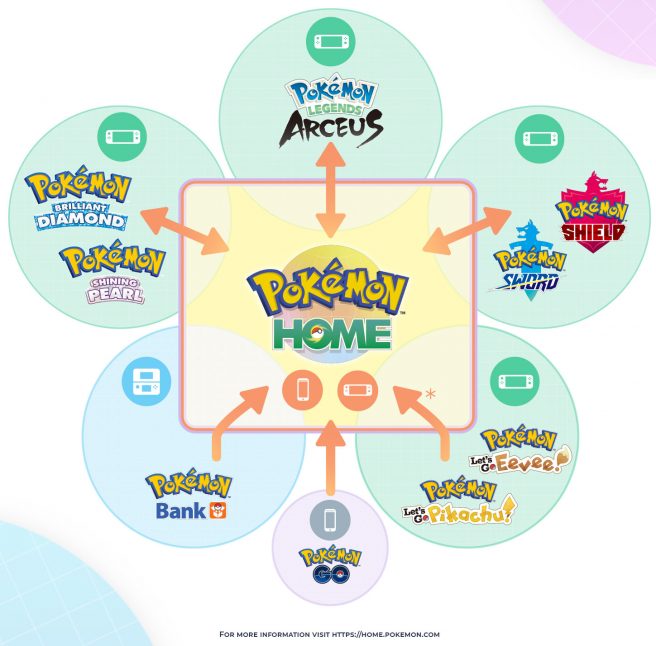 The Pokemon Company today announced that the big 2.0.0 update is coming soon to Pokemon Home. Once installed, it will support Pokemon Legends: Arceus, Pokemon Brilliant Diamond, and Pokemon Shining Pearl.

The new update will allow fans to deposited and withdraw Pokémon from these titles, as well as other prior games. That means you could take a Pikachu from Sword and Shield and put it in a different release such as Pokemon Legends: Arceus. However, “transferring Pokemon to a game they were not originally caught in may cause certain changes to known moves, level, and what type of Poké Ball they were caught in.”

Here’s a whole bunch of information about the Pokemon Home version 2.0.0 update, including celebration bonuses:

You can obtain new stickers to edit your profile by completing achievements in the mobile device version of Pokémon HOME. These achievements can be completed by meeting certain conditions.​

You can check on the condition of Pokémon deposited from Pokémon Brilliant Diamond and Pokémon Shining Pearl to Pokémon HOME as well as their other details.​

You can view the effort levels of Pokémon deposited from Pokémon Legends: Arceus to Pokémon HOME as well as its other details.​

To celebrate Pokémon Legends: Arceus, Pokémon Brilliant Diamond, and Pokémon Shining Pearl becoming compatible with Pokémon HOME, you will be gifted special Pokémon when you link each game to Pokémon HOME.